Respect DKB; he held you down when people said you were not funny – Sally tells Ghanaian comedians 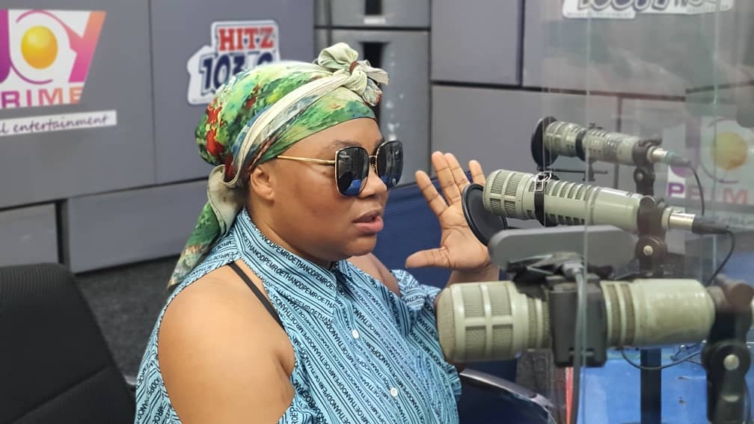 Entertainment critic, Sally Frimpong Mann, has charged Ghanaian comedians to give respect to DKB, for holding the fort when comedy was inactive in Ghana.

Speaking to Doreen Avio on Daybreak Hitz, Sally’s words came as a piece of advice to comedian Jacinta who was in the Hitz FM studio to promote her maiden show dubbed, One Night Stand.

“I think one person you guys are not glorifying is DKB. He held you down when a lot of people said Ghanaian comedians are not funny.

“They tagged him as the one who is not funny. He single-handedly held you down. He did you a lot of good.”

To explain how mentally strong DKB is, Sally referred to how comedian now-turned-musician, David Oscar bowed out of the comedy scene.

The former host of Laugh a Minute which aired on Viasat 1 TV was believed to have exited the comedy industry because it was not lucrative.

He was also heavily criticized because people claimed he was not funny.

According to Sally, DKB’s bravery and refusal to listen to critics eventually built the industry to where it is today.

“David Oscar found himself doing reggae and dancehall all because people kept saying he was not funny. Now he has found himself a new job.

“DKB stood his ground and proved to Ghanaians that you people are funny.”

Comedy in Ghana has found its feet in the entertainment industry with the likes of Lekzy Decomic, OB Amponsah, Jacinta, and many others contributing their quota to its growth.

DISCLAIMER: The Views, Comments, Opinions, Contributions and Statements made by Readers and Contributors on this platform do not necessarily represent the views or policy of Multimedia Group Limited.
Tags:
DKB
Sally Frimpong Mann