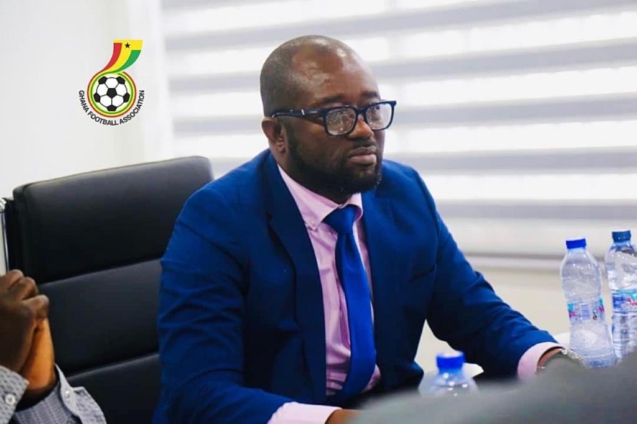 The current leadership of the Ghana Football Association (GFA), headed by Kurt Okraku inherited a debt of about GH¢ 11,106,550.00, a manuscript from the association sighted by Joy Sports reveals.

The document, named ‘GFA Legacy debts’ is divided into cedis and dollar components.

The disclosure was to let the clubs appreciate the financial difficulties the leadership of the football governing body in the country face since coming into office.

The breakdown of the figures included monies owed to one Kizito Beyuo, the arbitrator of the GFA and GLO impasse; former Black Stars coach, Kwasi Appiah; two vehicles purchased in 2017; the land on which the GFA secretariat is cited; travel and tour agency, Kenpong; and many others.

The GFA also mentioned West Head, an agency that claimed to have brokered the deal between the FA and GNPC leading to a court battle, as one of the institutions they owe. The amount to be paid as the commission is $1.4 million.

For the current broadcast rights holder, StarTimes, the amount owed them was left blank.

Joy Sports sources within the former Executive Committee rebuffed these figures, especially those of West Head, indicating that the case is in court and the court has not awarded a judgement against the FA. Hence, the current FA cannot say the $1.4 million is a debt.

For the debts owed league broadcaster StarTimes, it’s quite complicated as the 2018/19 season did not end. The subsequent Normalization Committee didn’t allow StarTimes to complete coverage for the rest of the season and the old leadership cannot be held accountable for any losses made during the period there were no football activities.

There is also GH¢ 450,000, including interest, accrued for the Secretariat land and GH¢ 26,000 owed Kenpong Travel for providing airline services to national teams and $35,000 owed to the arbitrator, Kizito Beyuo for the GLO legal tussle. They agreed to pay Kizito $70,000, but only $35,000 was actually settled.

T.T Ustay, a company engaged to work on the FIFA Goal project at the Ghanaman Soccer Centre of Excellence is owed GH¢ 7.6 million including interest, whilst Care Freight Shipping Agency is owed a little over GH¢ 151,000.

A television set at the lounge of the FA that cost the association GH¢ 6,000 is also yet to be paid for.

In March 2015, an Accra High Court ordered the GFA and FIFA to pay $253,113.80 or its cedi equivalent to T. T. Ustay Limited as indemnity in connection with the construction of the Goal Project at Prampram, Joy Sports sources said, but added that the principal was paid following the court ruling.

However, the interest from September 2004 to the time of conclusion of work was outstanding.

We gathered that former Secretary-General, Isaac Addo, lawyer of the FA Thadeus Sory and then Emergency Committee member, Nanabanyin Eysion engaged T.T UStay for a negotiation on the interest, but it was not concluded. Sources say Kurt Okraku and his team can pursue that option, too.

It is unclear what work had been done by Care Freight Shipping Agency.

Checks also discovered that, in 2017, the then Executive Committee approved $150,000 for the purchase of two vehicles from Dubai for the FA President and coach of the senior national team.

It was agreed that the money from Glo would be used to pay for the cars. $100,000 was advanced for the cars from the first tranche of payment made by Glo so the onus was on the current administration to complete payment from the remainder of the Glo money.

We also assembled facts that showed that the cost of arbitration to Kizito Beyuo, monies owed referees and match commissioners accumulated from years the league was played without a sponsor, 2015 to 2017 and part of the  2018 season. Partial payment was made to these three bodies from the $500,000 received from Glo money in April 2018.

For the land occupied by the Secretariat, multiple sources denied any knowledge of owing Divestiture Implementation Committee (DIC) as it was never made known from 2005 till the time the old administration left office abruptly.

The records, however, available shows that the GFA bought the current offices and land in 2003, and at no point were they ever confronted with a debt owed DIC.

Joy Sports understands the FA have called for a meeting with DIC next week to discuss the matter.

DISCLAIMER: The Views, Comments, Opinions, Contributions and Statements made by Readers and Contributors on this platform do not necessarily represent the views or policy of Multimedia Group Limited.
Tags:
Debt
Ghana Football Association
Kurt Okraku