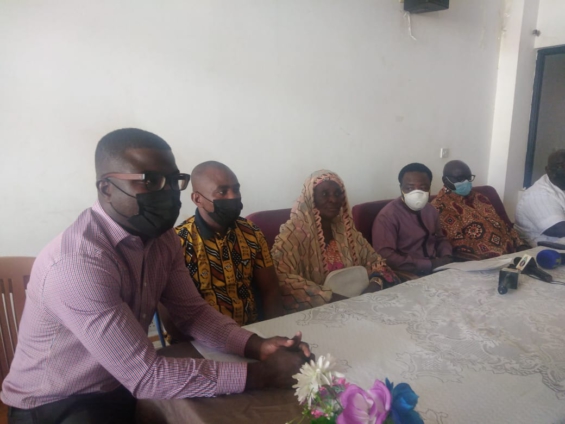 Rice Millers and Peasant Farmers Associations of Ghana are disappointed with government’s decision to indefinitely suspend the implementation of the reversal of the benchmark value discount policy.

The two groups say the decision would have dire consequences on the survival of the local rice industry.

The farmer groups said importers currently benefit from lower import duties made possible by the 15 per cent benchmark discount policy which has led to the flooding of the local market with cheap imported rice.

The group said the only available market for rice millers is the School Feeding Program which is unattractive because of the the challenge of delay in payment.

Addressing a press conference in Tamale, presidents of the two groups said the benchmark value is one good government policy that tends to help address the various challenges facing farmers.

They further stated that the policy also improves the quality of rice produce, protect the local farmer and the millers against dumping from highly subsidies rice from other countries.

They describe the reversal of the benchmark discount policy as retrogressive and the fastest way of collapsing the already struggling rice industry.

According to the group, the rice millers were devastated after the announcement of the policy in 2019 because by June of 2019 imported rice prices in Ghana had gone down by 20 percent forcing rice millers to take a 15-20 per cent price hit eroding all their margins that year.

They said currently imported rice after all taxes and charges are 25 per cent cheaper than milled rice in Ghana.

“The relatively low landing cost of imported rice in Ghana is partly due to the 50% discount enjoyed by rice importers and partly due to dumping strategies from importing countries,” they said.

The farmer groups said they believe that the policy coupled with astronomical increases in the price of farm inputs, limited extension services, limited mechanisation support, little subsidy, difficulty in accessing loans, lack of irrigation facilities among other constraints has the tendency to affect rice production.

Adding that while the benchmark value discount policy keeps imported rice prices low, local production of rice will continue to be uncompetitive thus threatening the sustainability of thousands of farmers across the country and the jobs of thousands of others engaged in the rice value chain.

“It will affect transporters, mill workers, input suppliers and their house holds and an estimated hundred thousand persons who are directly engaged in the rice value chain activities,” they added.

They believe that these challenges will greatly affect government’s target to make Ghana self sufficient in rice production by 2024 from an original target of 2022.

Adding that such grand targets remain a mirage in the current paradigm where rice import enjoy a 50 percent discount whilst local rice producers face high input costs and little support from government.

They said the one million metric tons of milled rice that must be produced locally to make Ghana self sufficient in rice production is said to create over 500,000 jobs and safe the cedi about $500 million of foreign exchange.

They, therefore, appealed to government to implement its decision regarding the review of benchmark value of discount policy particularly for agricultural produce that Ghana has sufficient capacity to produce.