Right To Play launches 16 days of activism against SGBV, urges justice for survivors 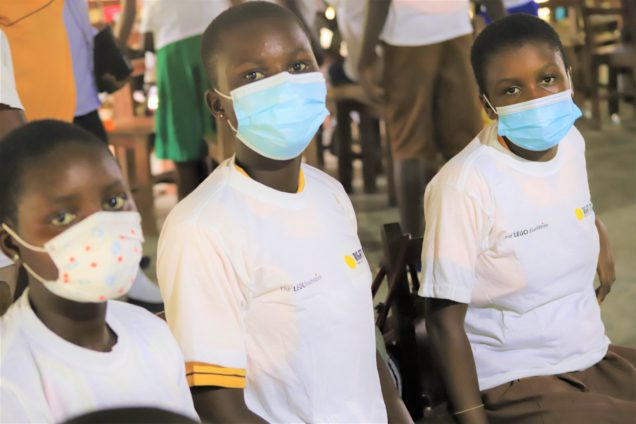 Right To Play is appealing to the government, district education officials, parents, and caregivers to eliminate all forms of violence against girls and boys in Ghana as it joins the world to mark the 16 days of activism against Sexual and Gender-based Violence (SGBV).

The international organization has asked Ghanaian law enforcement authorities to visit the ultimate consequences on perpetrators of sexual and gender-based violence across the country without fear or favour.

“One of the ways to address this issue [SGBV] is to ensure that perpetrators of sexual and gender-based violence are made to face the full wrath of the law without any cover-up which will serve as a deterrent to others,” the Gender Specialist at Right To Play Ghana, Fouzia Tua Alhassan has said.

Girls and women in Ghana continue to face multiple forms of sexual and gender-based violence, including domestic violence.

An estimated 27.7% of women in Ghana had experienced at least one form of domestic violence, the Ghana 2016 Survey on Domestic Violence has said.

These forms of sexual and gender-based violence according to the United Nations (UN) would increase during this period of the COVID-19.

The United Nations Population Fund (UNFP) has said that victims of violence suffer sexual and reproductive health consequences such as forced and unwanted pregnancies, unsafe abortions, sexually transmitted infections, including HIV, and even death.

Similarly, the report of a Gender Analysis conducted by Right To Play under the Gender-Responsive Education And Transformation (GREAT) Project in five districts across Ghana has shown that household workload given to girls negatively affect their learning outcome.

But Right To Play is rallying consensus against all forms of discrimination and violence against girls and boys.

“Girls need to have unimpeded access to education because access to quality education has been identified as one of the effective tools to empowering young girls and building their confidence for soft skills that can help them through adolescence,” Right To Play has said.

“Access to information and education on SGBV should be situated in the context of human rights with deliberate efforts to consider the culture and consultative approach to designing interventions.

“There is, therefore, the need to have gender-focused interventions with key stakeholders understanding and appreciating the reality behind such interventions and the crucial role they can play in realising this objective,” the Gender Specialist at Right To Play has noted.

As part of activities earmarked for the 16 days of Activism against sexual and gender-based violence, Right To Play will train parents/caregivers, opinion leaders, teachers and children about SGBV and the support mechanisms available in Ghana to help survivors and bring the perpetrators to justice.

There will also be a procession in selected communities, a multimedia campaign on Right To Play Ghana’s social media handles, and radio discussions on SGBV.

The 16 days of Activism against sexual and Gender-based violence starts from November 25 to December 10.