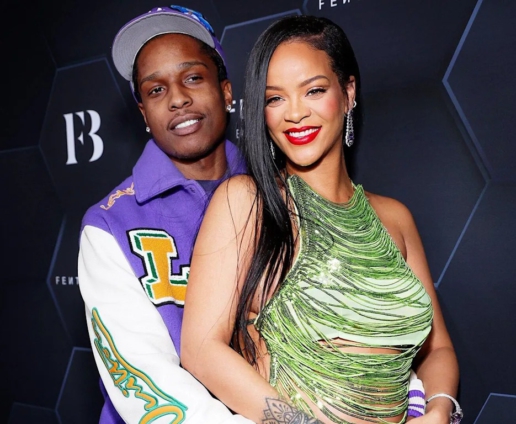 A$AP Rocky and Rihanna, here in February, have welcome their first child.

Not that it’s anyone’s business, not even a little bit, but shit was stirred this week due to the spreading of rumors regarding Rihanna and ASAP Rocky’s relationship.

Namely, it was alleged that the two had split up due to infidelity. A report from TMZ published on Friday, however, includes some rumor-dispelling insight from a source said to be “directly connected” to Rihanna and Rocky. That source said that any such talk is “100 percent false on both counts,” later adding that infidelity and split rumors were “1 million percent not true.”

Page Six also reported on the claims in a Friday-shared report, with its source stating that the couple is fine. “It’s not true,” the source said of breakup rumors. The ensuing report noted that the rumors appear to have originated from writer Louis Pisano, who said in a tweet that Rihanna and Rocky had split “after [Rihanna] caught [Rocky] cheating with shoe designer Amina Muaddi.”

Pisano later addressed the situation on Twitter, writing an apology and stating he’ll be taking a break from Twitter.

“I’m not going to talk about sources, blame others for a discussion that was started, etc because at the end of the day I made the decision to draft that tweet, press send and put that out with my name on it. So I’d like to apologize to all parties I involved with my actions and for my reckless tweets,” he wrote.

Muaddi, of course, has worked with Rihanna in a creative capacity under the Anti artist’s Fenty label. Just two days ago, the designer shared photos of Rihanna to Instagram. Muaddi has also worked with Rocky’s AWGE.