Clashes broke out in the Brazilian city of Rio de Janeiro as police battled football fans who had been celebrating their team’s victory in South America’s biggest regional tournament.

Huge crowds had thronged the city centre on Sunday to welcome back players from the Flamengo team after their victory in the Copa Libertadores.

But towards the end of the victory tour fighting broke out.

Stones and bottles were thrown at police who responded with tear gas. 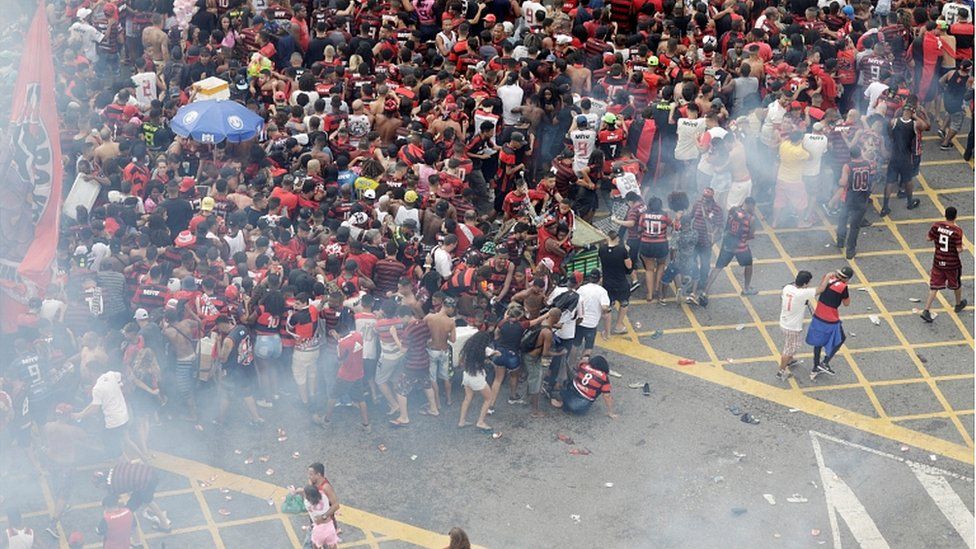 Images showed crowds scattering as tear gas canisters rained down. Some police were seen using batons against fans while others drew their weapons amid the chaos. 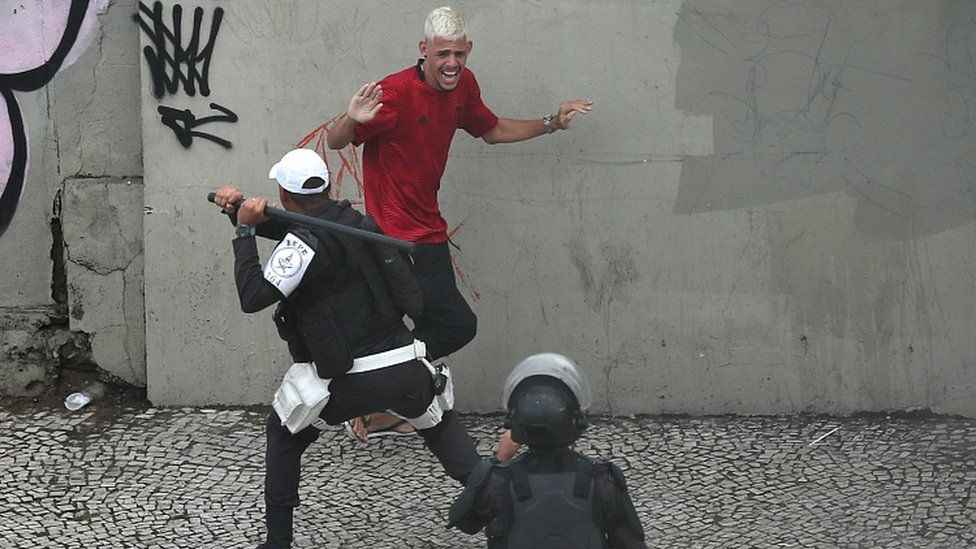 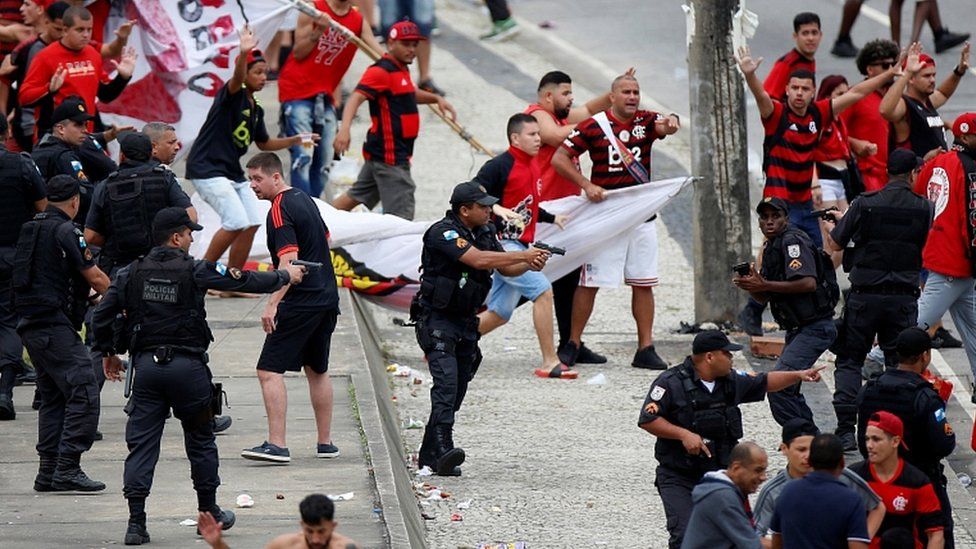 Earlier, tens of thousands of people wearing Flamengo’s red and black colours had packed the streets for an open-top tour to welcome back their players who beat Argentina’s River Plate 2-1 in the cup final in Lima, Peru, on Saturday. 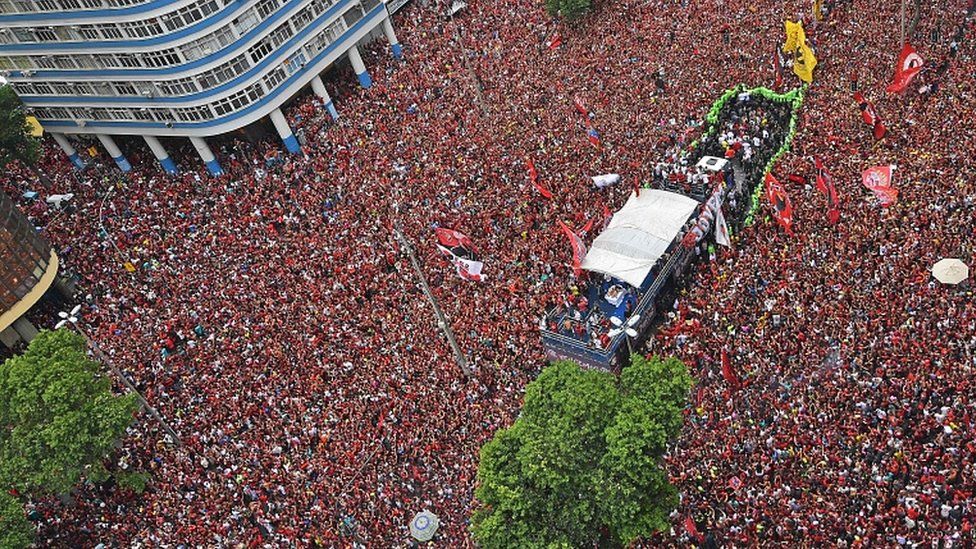 The vehicle carrying the team was surrounded by security guards as it slowly made its way through the packed streets.

It was not immediately clear what triggered the violence. Local media said the vehicle had turned off a main road when some of the fans apparently tried to break through the security cordon. 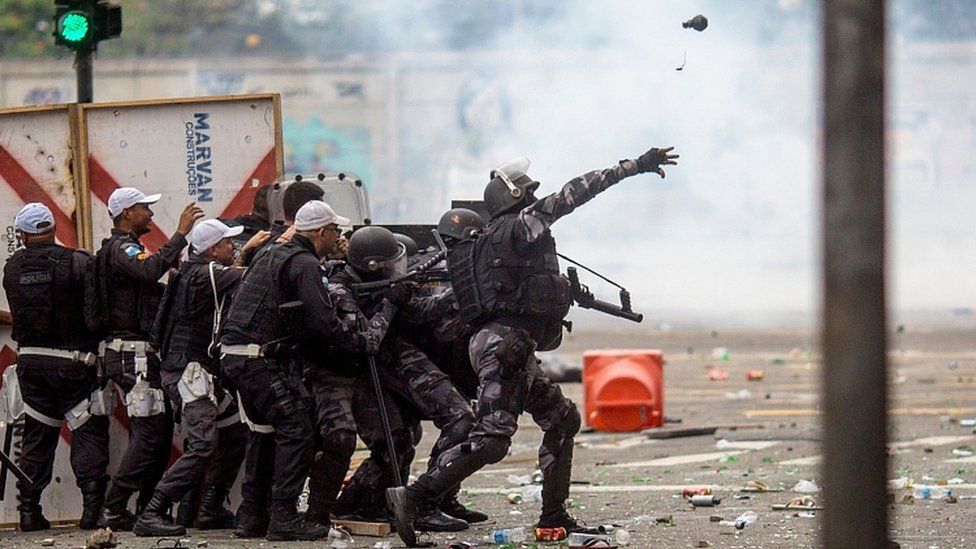 Police moved in and fighting broke out, the reports said.

The streets were eventually cleared and the city centre was reported to be calm.