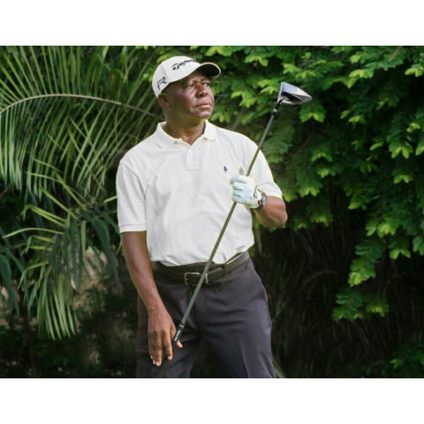 The Royal Golf Club, Kumasi is set to get a new clubhouse as the club commemorates their centenary anniversary.

The construction of the new clubhouse will be financed by Asantehene Otumfuo Osei Tutu II, who is life patron and owner of the club.

This was announced at a dinner reception held at the Golden Tulip Hotel to honour past executives and golfers who participated in a special competition to celebrate the club’s hundred years of existence.

The Asantehene, an ardent golfer, said the current clubhouse does not befit the status of the Royal Golf Club which is touted as the club with the best golf course in the country, due to its greenery throughout the year.

“I have been told that Kumasi now is the best club in the country. I have not been to other golf courses but I have been told. People come from other places like Tema and Accra and they believe strongly that the course is in good shape and everything is fine. I also had some friends from the U.K also attest to this.  I think we should look at the clubhouse. I don’t accept that clubhouse should be there, after hundred years we should have a new clubhouse befitting the status of the Royal Golf club,” said Otumfuo.

Construction of the new facility is expected to start in earnest.

Meanwhile, Otumfuo has asked the executives of the club to erect a statue in honour of the legendary golfer, Sam Appiah, who was celebrated as the Royal Golf Club’s golfer of the century.

Sam Appiah has won countless prestigious golf tournaments in the country, including the Ghana Open and the Asantehene Gold Cup.