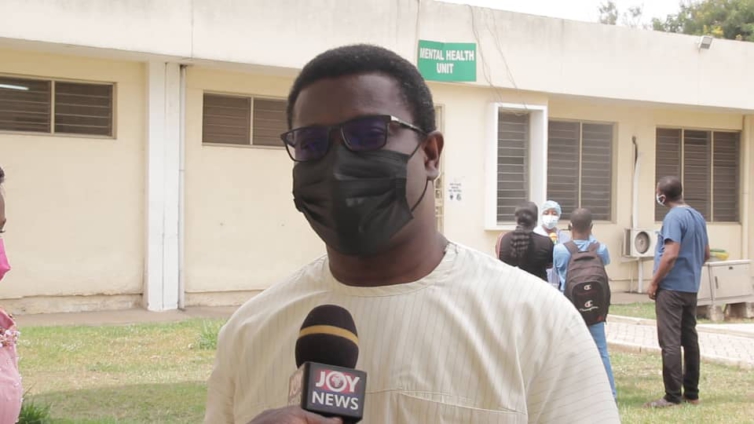 The Koforidua branch of the Royal House Chapel International has presented items worth about GH¢20,000 and an undisclosed amount of money to the Psychiatry unit of the Koforidua Regional Hospital.

The annual gesture was to extend the church’s arm of compassion to the less privileged in society and to honour the birth dates of the General Overseer of the church, Apostle General Sam Korankye Ankra and Pastor Mrs. Okyere Boateng, who is a nursing officer at the hospital and the wife of the head pastor of the church in Koforidua.

The church also fed the inmates of the unit as part of the visit.

Presenting the items, head pastor of the Koforidua branch, Rev. Paul Okyere Boateng said while honouring the Apostle General, the gesture has also become an annual event in the Church’s calendar to attend to the needs of the patients at the facility.

“The Lord has lifted the church high and therefore it is our expectation to extend that blessing to the less privileged in society. As Christians, we all can find ourselves here due to one reason or the other. It’s never the wish of those in here to be here. One way or the other, some have been disappointed by either friends, relatives or work colleagues. You know we come from different backgrounds with different orientations, if you are privileged to have survived, some couldn’t, so it’s our duty as a church, as a society to help our brothers and sisters in this situation,” he explained.

Receiving the items, a senior Psychiatric nurse at the unit, Esther Norman while appreciating the church for the kind support observed that persons who found themselves at the facility needs the support of society to speedily recover from their conditions.

According to her, majority of the patients have had their conditions aggravated due to societal stigma.

“Once they are treated and discharged we expect society to embrace them, show them love. We shouldn’t neglect them. These are all part of the healing process. We thank the church especially our mummy, Pastor Mrs. Okyere Boateng who is a senior officer at this hospital for the kind support and words of encouragement,” she stated.

Since the year 2016, the church has been supporting the various units of the hospital after the Apostle General visited the Koforidua Prisons as part of the church’s compassion ministry.

The church gave a facelift to the dilapidated children’s ward of the hospital.

The building was given a new life after masonry; plumbing, electrical and carpentry works were carried out.

Also, the appliances in the ward including television set, fridge, and air conditions as well as the curtains and beds were all replaced.

DISCLAIMER: The Views, Comments, Opinions, Contributions and Statements made by Readers and Contributors on this platform do not necessarily represent the views or policy of Multimedia Group Limited.
Tags:
Eastern Regional Hospital
Rev. Paul Okyere Boateng
Royal House Chapel