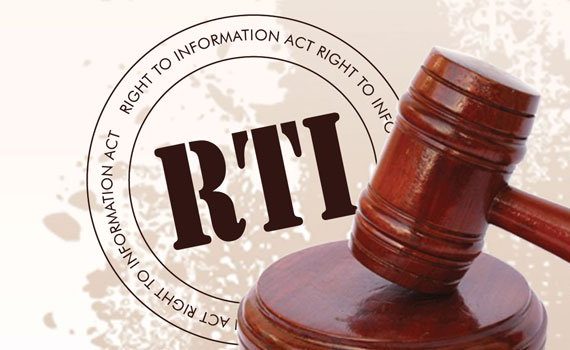 He emphasised that looking at the framework and the architecture of the RTI Law, it is to encourage citizens to apply to have access to information from the Commission.

According to him, information at the RTI Commission is a national resource.

Speaking on the Super Morning Show on Joy FM Wednesday, he said the new law is not meant solely for journalists since they need credible information to enhance their work and the general populace.

“They [Ghanaian citizens] will then be able to hold duty bearers [Legislators] accountable. And through that, the issue of trying to fight corruption which is becoming very insidious, would be dealt with,” he said.

The member of the RTI Coalition said the Commission has not done enough in creating awareness on the new law.

Considering this is a new law, he believes with the low level of sensitisation, “when you have a few people applying and they’re not getting what they require, then it makes people feel then what is the point in having to go through this process.”

This he said could lead to people losing interest in the system.

“When you look at the level, the category of institutions or people who apply for the information, and you look at journalists, you look at CSOs (Civil Society Organizations), these are not people that such things cannot derail or discourage.”

The Right to Information (RTI) Bill was proposed to promote transparency and fight corruption.

The Right to Information Bill (RTI), which aims to grant the Ghanaian public access to government-held information, was first drafted in 2002 and has since then undergone several revisions. It was finally laid before Parliament on Friday, February 5, 2010.

The Bill was passed on 26 March 2019 by the Parliament of Ghana, awaiting the President’s signature.

On Tuesday May 21 2019, President Akufo-Addo signed the RTI Bill.

According to the President, “The purposes of the act as set out in its preamble is to provide for the implementation of the constitutional right to information held by any public institution and to foster a culture of transparency and accountability in public affairs”.

Earlier today, I gave assent to the Right to Information Act, at a brief event at Jubilee House, the seat of the nation’s presidency. I am happy that deliberations on the RTI Bill were concluded in my time as President of the Republic, and in the time of the 7th Parliament. pic.twitter.com/kJJtKNGULJ

DISCLAIMER: The Views, Comments, Opinions, Contributions and Statements made by Readers and Contributors on this platform do not necessarily represent the views or policy of Multimedia Group Limited.
Tags:
Ghana
President Akufo-Addo
RTI Law