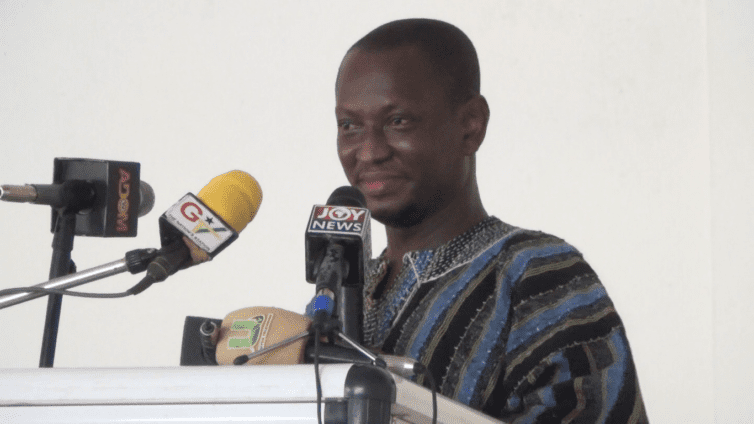 The Deputy Attorney General, Alfred Tuah-Yeboah, says in the quest to sustain peace in the country, the government will ensure that the rule of law prevails regardless of who is involved.

He stated that there cannot be peace without the rule of law, since peace is an enemy to the rule of man.

“Therefore, as a state, if we begin to ensure that the laws of the state are obeyed and for that matter, those who go against the state laws are also punished, then actually we can have proper peace”.

Most often when attempts are made to ensure that rule of law takes its course against offenders, some citizens offer their support, while others oppose it with negative comments.

Mr. Tuah-Yeboah, however, stated unreservedly that, “so far as the Attorney General’s office is concerned and in our quest to ensure that peace prevails in our country, we will not relent in our effort to ensure that rule of law prevails no matter who the person involved in the activity that we would be prosecuting or taking to court is”.

The Deputy Minister spoke during the 2021 International Peace day celebration in Sunyani, organised by the Bono Regional Peace Council under the theme; “Recovering better for an equitable and sustainable world.”

The global celebration is aimed at strengthening the ideals of peace, promote solidarity for building a peaceful and sustainable world.

Meanwhile, reigniting the discussion on the rights of children, the Deputy Minister for Justice and Attorney General, said the growing canker of the freedom of religion vis-a-vis the rights of children can only be cured if particular attention is paid to the provisions in the constitution which allow the state to act on behalf of children.

He explained that Article 14 (1) E of the constitution of Ghana states that, a child of school-going age has no right of his own when it comes to religion.

Mr. Tuah-Yeboah said the nation may get to a point where an individual will want to go to a school but say his religion is to wear long beards, therefore quizzed if such a child would be allowed if he can prove such claim.

“For the interest of that child, the state assumes the position of the parent. So, so far as the state comes out with rules regulating how students should behave in school, we must all support such a move. When it comes to the rights of children, the state must take the paternalistic approach such that when the state says yes, then that is it,” he insisted.

According to him, it’s only this way that the country can stop the emerging debate of the rights of children in school.

Lt. Col. J.Y. Kwarteng, commanding officer of the 3BN in Sunyani, in his solidarity message, said most Ghanaians behave as if peace is a commodity somewhere that authority or the security apparatus of the state can buy and distribute to the communities.

“That is very sad because there is nothing like that anywhere”, he expressed.

He further explained that “Peace is the collectivity of our actions and reactions that we put up on day to day basis, and for that matter, as individuals, we all have roles to play in ensuring that there is peace in our community”.