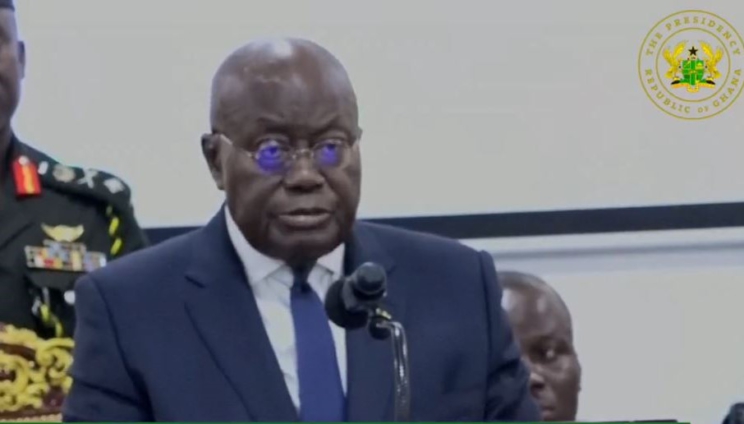 A government communicator says President Akufo-Addo’s decision to terminate the appointment of the Minister of State at the Finance Ministry, Charles Adu Boahen, was decisive.

Kofi Tontoh claims that the action shows that the President does not tolerate corruption in his administration.

“This is a decisive decision by the President. It is an attempt to show that the President doesn’t condone corruption,” he said in an interview on Accra-based TV3.

On Monday news broke that President Akufo-Addo has terminated the appointment of Mr Charles Adu Boahen with immediate effect.

A statement from the Director of Communications at the Jubilee House, Eugene Arhin said the President took the decision after being made aware of the allegations levelled against the Minister in the exposé dubbed, “Galamsey Economy,” by TigerEye PI.

“The President spoke to Mr Adu Boahen, after which he took the decision to terminate his appointment,”

Meanwhile, President Akufo-Addo has also referred the matter to the Special Prosecutor for further investigation.

Why was Mr Adu Boahen sacked?

In the said documentary, Mr Adu Boahen is said to have told the undercover investigators that Vice President Mahamudu Bawumia needs just $200,000 tokens as an appearance fee before meeting with supposed businessmen.

DISCLAIMER: The Views, Comments, Opinions, Contributions and Statements made by Readers and Contributors on this platform do not necessarily represent the views or policy of Multimedia Group Limited.
Tags:
Charles Adu Boahen
Corruption
Kofi Tontoh
President Akufo-Addo