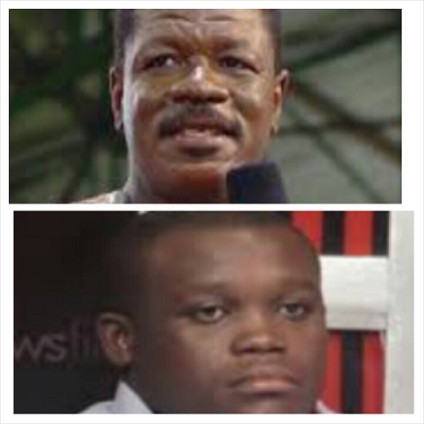 Member of the Government Communication team, Sam George has challenged Dr. Mensah Otabil to come out himself and deny that he (Dr. Otabil) never held a diplomatic passport which had to be withdrawn by the late President John Evans Atta Mills.

Sam George earlier alleged that Dr. Otabil had something against the National Democratic Congress (NDC) because his diplomatic passport was withdrawn.

He was reacting to the recent statement by Dr. Otabil that the Ghanaian economy is a sinking ship needing urgent and decisive leadership response to save it.

Since Dr. Otabil spoke, Minister of Communication Dr. Edward Omane Boamah had responded and described the statement as “unfortunate”, adding that Dr. Otabil painted a gloomy non-existent picture about the economy.

But Sam George came out in a rather punchy fashion saying Dr. Otabil spoke in his capacity as a businessman and a politician disguised as a pastor.

Spokesperson for Dr. Otabil, Rev. Albert Ocran has since come out to say that “Dr. Otabil has never asked for, never received and never owned a diplomatic passport in his life and he does not intend to ask for one ever.”

But when Adom News called Sam George to provide proof of his claim, since he made the allegation on a media platform, he said he would not respond to what a spokesperson of Dr. Otabil said because he made allegations against Dr. Otabil and not his spokesperson.

He stated that if Dr. Otabil comes out himself with a response to the allegation, then he (Sam George) will respond.

"I have seen it happen in the past, when a PRO responded to an allegation made against his boss, but when evidence is provided to prove the allegation the boss then comes out and says what the PRO said was not his personal response," Sam George said.