Sammy Darko: Police have no power to regulate prophecies in Ghana 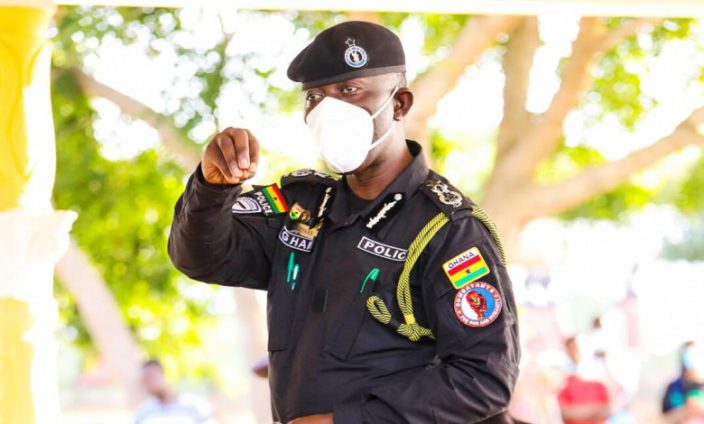 It is not even up for debate or interpretation by the highest court of Ghana. No law in Ghana grants the police administration any POWERS to regulate prophecies in the country.

I understand, the Police in a bid to deal with ‘false speech’ because it tend to cause a great deal of public alarm and unrest issued a circular warning pastor to avoid prophesying on the 31st watch night and subsequently another release extending it to 365 days.

Ordinarily, there may be nothing wrong. This is so because there is nothing wrong if police issue a circular warning armed robbers and explaining the offence of stealing and robbery to them.

I am worried precisely because one, it is more of an infringement of religion, a religious practice. Religious freedom is more than the “freedom to worship” at a synagogue, church, or mosque. It means people shouldn’t have to go against their core values and beliefs in order to conform to culture or government unless it violates a specific law.

“Religious freedom protects people’s right to live, speak, and act according to their beliefs peacefully and publicly”. Preaching on the street and telling people they will go to hell if they don’t repent may probably be false for those who don’t believe in the end time and cause fear and panic among them, but will the Police arrest such persons on tv, on Facebook, twitter and on the streets? Will you say they are inviting fear or panic?

It will be ridiculous to invoke Section 208 of the Criminal offences Act (Act 29) and/or Section 76 of the Electronic Communications Act (Act 775, it’s a gross misunderstanding by many, not just police) in the manner when there is no imminent danger, panic or threat to the peace. The real applicability of Section 208 is when for instance, when there is a false alarm that there is a bomb at the stadium which can lead to panic and breach of peace.

Secondly, the threat to invoke Section 208 comes out and/or appears to be tantamount to PRIOR RESTRAINT of free speech which our constitution frowns upon- check the case of GIBA V NMC & AG (J1 4of 2016) [2017] GHASC 45 (03 November 2017). And three, falsity of a speech is not enough, by itself, to exclude free speech also check the U.S case of U.S. V. Alvarez. All over the world, the defence of free speech and expression has been with limited exceptions. The criminalization of ‘false speech’ is an unsettled area.

I have already advocated the repeal of Section 208. That law is not constitutionally compliant. No law should unjustifiably limit any of the protected rights. Such limitations include restrictions reasonably required in the interest of defence, public security, public order, public morality or public health and to protect the reputations, rights and freedoms of others. Section 208 does not appear to me to be reasonably required for the purposes supra.

Section 208 offends against the constitutional guarantee of presumption of innocence as well as that which places the burden of proof of guilt upon the state-in this case police. It requires an accused person to prove lack of knowledge of the falsity of his or her statement, report or rumour and to show that he took reasonable measures to verify the truthfulness of his statement, rumour or report. The general rule is that in a criminal trial, the onus of proof remains on the prosecution throughout and does not shift to the defence. But Section 208 of Act 29 relieves the prosecution of part of that burden that could result in the conviction of the accused despite the existence of a reasonable doubt as to his or her guilt.

Even worrying is that under Section 208, liability for prosecution and conviction is not dependent upon any actual occurrence of public fear or alarm or disturbance of public peace. It all depends on prosecutions (state/police) perception of the possible impact the expression may have on the public and if the Court can be persuaded positively.

There isn’t much literature on a challenge of the law on fear and panic in Africa. In many cases, the state on its own repeals it. But, I found one in Zambia. In the case of Chipenzi & Ors. V The People – HPR/03/2014, three Applicants were jointly charged before the Subordinate Court at Lusaka with one count of publication of false information with the intent to cause fear and alarm to the public, contrary to Section 67(1) of the Penal Code of the Laws of Zambia.

The Applicants had published an article in the Daily Nation titled “The secret police recruitment has been condemned as a conduit of fusing foreign-trained militia into the mainstream police service.”

Justice I.C.T. Chali striking out Section 67 held; “I, therefore, find that section 67 (which is our section 208 of Act 29) does not pass the test of being “reasonably justified in a democratic society.” It contravenes Article 20 of the Constitution and is null and void, and therefore invalid for unconstitutionality. It follows also that the invalidity and the constitutional guarantee of freedom of expression preclude the prosecution of persons and the criminalization of allegedly false statements under Section 67.”

The white man who introduced this law has long abandoned it and has now even formed or helped NGOs to campaign for its abolition in Africa, Latin America and others. But, not the black man. We appear to love oppressive laws.

This is how horrible Section 208 is. It can be used at any time to limit free speech by whoever has power. Today, it may be religion and you may agree with the Police because you claim you are against fake pastors and journalists. But even you check the last one year-your Facebook posts-are you sure, as a prosecutor, I cannot find one post under which I can charge you with publication likely to cause fear and alarm? Do you think the state should limit such a thing?

Such a law even if we agree must remain on our statute books must be used sparingly. It should be used for GRAVE situations. Extremely serious breach of free speech. I asked a friend to cite me an example of any prophecy in the last 5 decades that has caused fear and alarm or breached the peace and he was ONLY able to produce one-The Owusu-Bempah prophecy about the death of the chief Iman and the attacks by the Muslim youth. Only one. Sure, one may be all that is needed for a spark. But, can you imagine the countless sparks communication on radio, tv, Facebook, Twitter, Instagram have caused and still causing-do we shut it down?

I am also convinced and as the literature and history shows in Ghana, we abolished the criminal libel law because of it’s effect on free speech. It was not abolished without a remedy. It was that a person can get remedy under civil law, i.e. sue for defamation. In the same vein, a person can sue under civil law if that person says a prophecy for instance caused such a person emotional harm, torture or trauma. If a prophecy can cause violence, then such a prophesy may fall under a GRAVE situation.

Remember under the offence of fear and alarm, can a person be convicted if the statement is true but still cause fear and alarm? So, I publish that armed robbers intend to make Tema ungovernable. It may cause fear and alarm if I produced audiovisual evidence of their meeting-will I will still be held as causing fear and alarm? It has been argued that and the Courts have held that it does not dabble in spiritualities and cannot determine spiritual matters. What it wants is evidence. Often some lawyers argue and think it is one-sided. It is two-sided. The Court can’t entertain spiritual matters much as spiritual people cannot produce spiritual evidence. If you can’t prove it how do you subject it to judicial review?

I have canvassed this and I repeat, we can repackage our laws on charlatans. That may be a progressive, modern law with all the constitutional guarantees to control religious practices/persons.

I have made it short. There is a lengthy argument. That will be for when the occasion arises.

Sammy Darko is a private legal practitioner, a lecturer and intelligence analyst.

DISCLAIMER: The Views, Comments, Opinions, Contributions and Statements made by Readers and Contributors on this platform do not necessarily represent the views or policy of Multimedia Group Limited.
Tags:
Ban on Prophecies
George Akuffo Dampare
Ghana
Inspector General of Police (IGP)
Prophecies
Sammy Darko