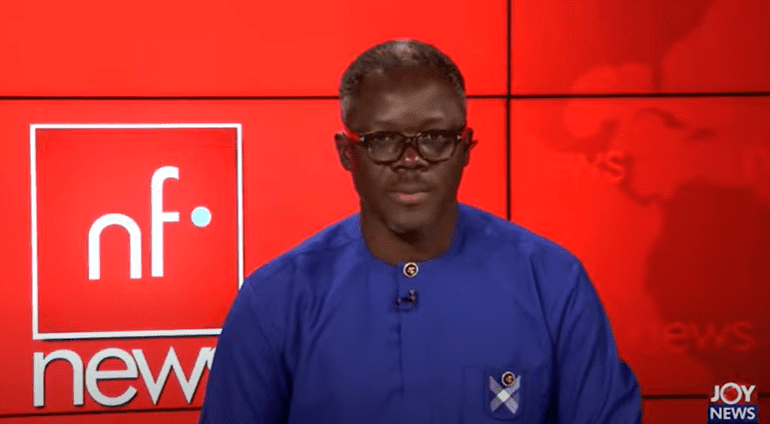 Some dislike the idea of allowing a “criminal”, especially the big thieves involved in corruption offences, to simply pay back and walk free. This dispensation has existed in Ghana since 1993 in a scant section 35 of the Courts Act. It allows for compensation and restitution by the accused person. You plead guilty; you get convicted but not sentenced by the Court.

I have used it for clients who admitted their wrong in causing economic loss to the State. You only lose your freedom from jail if you fail to pay what is agreed between you and the Attorney-General in exchange for your liberty.

It is typically not for certain crimes including minor offences often committed by the poor and hungry. It is abhorred in our part of the world especially by the poor because they don’t benefit from it, and we seem naturally oriented to the old testament “eye for eye and tooth for a tooth”.

We are incurably religious yet unforgiving. We have a subculture said to have been nurtured by the days of military revolutions predisposing many to want to work against people who are making progress in life. This is often likened to the default conduct of crabs when they climb out of a hole or container. We talk about the pull him down (PHD) trait in some people. Yes, so we seem to like to hate particularly the rich without any reason and do everything to destroy them.

It is not surprising that even law enforcement officers have a mob-justice mentality. Some of them treat suspects as if they had already been condemned to suffer in hell by a court.

Yes, people like it that the accused are thrown into jail while the victim is left without any compensation and care. This explains why some have raised hell that some of those facing trial over the banking/financial sector mess were or are being allowed to take advantage of this law. Why must those accused or standing trial be afforded the chance to pay for the loss plus interest and walk instead of throwing them into jail if found guilty at the end of their trial?

In 2018, we passed the law for the Office of Prosecutor Act, the law for the bigger thieves in public office. The lawmaker in section 71 of the OSP Act enhanced this avenue and for the first time gave it its proper name – PLEA BARGAIN. It also allows the State to free one man so he could lead us to catch his colleague thieves. He could even be used to testify against the other thieves or to assist to foil the planned looting of our meagre resources. It seems to like the saying that exchange is no robbery.

Just recently, we elevated this plea bargain by amending the Criminal and Other Offences (Procedure) Act, 1960 (Act 30) to give ourselves a full and complete legal regime on plea bargains. The Bill for this law provides for plea bargain negotiations any time before judgment is delivered in a case against a person charged with an offence excluding felonies like treason, genocide, murder, robbery rape, defilement and kidnapping. The negotiations may lead to a reduction in an offence charged to a lesser offence or a complete withdrawal of the charge.

The accused and prosecution, as authorized by the Attorney-General will reach an agreement that may recommend to the court the punishment (sentence) or payment of compensation to the victim or restitution. The judge is precluded from participating in the negotiations but all interested parties must be consulted. The prosecution must make full disclosure of all relevant documents or evidence it intends to use in the case, not only those against but those in favour of the accused) to give the accused the opportunity to make a decision on whether to exercise the option of a plea bargain.

Now to the point of this article. The Attorney-General, Godfred Yeboah Dame and his team deserve commendation for getting a 2022 Community Service Bill (non-custodial sentencing) ready. This pro-poor policy rather deserves greater speed in passing it. The 2018 Bill doesn’t seem to have made it to Parliament. Regardless of the fact that since 2004, the CDD has led and the State has accepted this path is an urgent need, among others to address the terrible congestion and the unacceptably bad prison conditions.

President John Kufuor’s Attorney-General, the Ministry of Interior, the Judicial Service and all relevant stakeholders accepted and attended meetings, and set goals and times to implement a non-custodial sentencing regime. Seth Kwame Boateng’s investigative documentaries including “Locked and Forgotten” which had rare access to take Tv cameras into the prisons revived the subject.

Interior Minister, Mark Woyongo seemed to have gotten stakeholders working on this issue again while Chief Justice Georgina Wood stepped up the Justice for All programme to decongest the prisons. It is therefore embarrassing that this has not been done. Let the genuine heart prompting its revival now, push it faster because it doesn’t make sense to imprison the man who stole a bunch of plantains to feed his family because he can’t afford a fine, however small, while the wealthy man who robbed an entire village of a life-saving hospital or school to nurture future leaders walks free.

There is no debate that community service as an alternate means of punishing wrong or criminal conduct, is the best and most humane approach to sanction while reforming those who commit minor offences including first-time offenders.

And this is My Take.