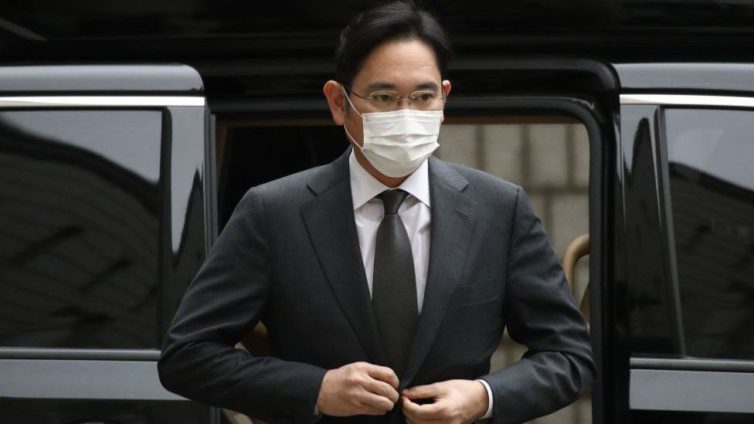 Samsung heir Lee Jae-yong has been convicted and fined for illegally using the sedative propofol.

The embattled businessman had taken the drug, commonly used as anaesthesia, dozens of times in recent years.

Under South Korean law, recipients of a controlled drug can be prosecuted as well as those who administer it.

The controversial heir had just been released on parole in August, having spent 20 months in jail for bribery and embezzlement convictions.

During his latest trial, prosecutors said that Lee used propofol multiple times between 2015 and 2020 under the guise of skin treatment.

But his lawyer claimed it was to treat psychological stress related to the hospitalisation of his father and his ongoing legal proceedings. Lee pleaded guilty to the charges.

On Tuesday a court fined him 70 million won ($59,000, £43,000). As propofol is less likely to be misused than many other controlled substances, offenders typically receive fines rather than jail terms.

While it is more commonly used to sedate patients undergoing surgery, propofol is also sometimes used recreationally. The singer Michael Jackson was found to have died from a propofol overdose in 2009.

Lee was sentenced for two and a half years in January for his role in bribing the country’s former President Park Geun-hye, in one of the biggest corruption scandals South Korea had seen in recent years.

But he was released early in August this year with the presidential office saying it hoped, under his leadership, Samsung would help the country produce “semiconductors and vaccines”.

The company subsequently pledged to invest 240 trillion won ($206 billion, £150 billion) in the next three years in fields such as chips and biopharmaceuticals.

Lee himself has kept a low profile as he remains on trial for other charges. He is accused of stock-price manipulation and accounting fraud related to the $8bn merger of two Samsung firms in 2015.

DISCLAIMER: The Views, Comments, Opinions, Contributions and Statements made by Readers and Contributors on this platform do not necessarily represent the views or policy of Multimedia Group Limited.
Tags:
Drug Charges
Lee Jae-yong
Samsung
Samsung Heir
South Korea