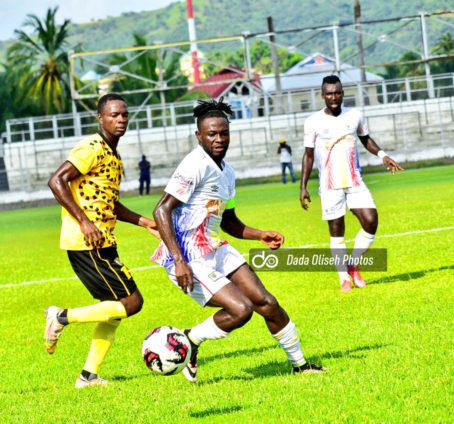 Head coach of Accra Hearts of Oak, Samuel Boadu is of the belief that, the poor run of the club is as a result of player fatigue.

The defending champions after four premier league games, are just a point above the relegation zone after failing to win any of their games.

The club only managed three draws in the first games of the season, and a defeat to AshGold compounded the early woes of the Phobians.

After their draw with WAFA, Boadu threw his weight behind his team and was confident that his team will overcome the early burdens of the season.

“There is nothing [like pressure] on me, I know myself. Maybe from the fourth match going, things will change. When Hearts start picking up, we will be unstoppable,”

After failing to impress in their fourth fixture of the season as promised, Boadu cast a distraught figure, indicating that Hearts’ cumulating poor results are due to player fatigue.

“It is quite unfortunate that we lost this game but we came in to win the three points so it’s unfortunate to be down by two goals. I always keep saying that there is fatigue. During the first half we played a very good game but after recess when we came back, you could see that the boys are very tired and they cannot pass and distribute the balls.”Boadu said in his post-match press conference.

Despite the slow unimpressive start, Boadu is still confident and suggests that there is time for the rainbow club to turn around their fortunes – just as they did last season.  He indicates that the woes of the players are merely psychological, so the club will work its way back to its best.

“We have a long way to go, it’s not yet over. This is a competition so we are in it, we are pushing harder to climb the ladder. This is psychological. We need to psych them and move on.”

After four league games, Hearts of Oak have managed to score only four goals and conceded the same number in the process.

However Boadu will be looking to start a turnaround when they host Berekum Chelsea in Accra. Berekum Chelsea have just one win so far, after serving red-hot King Faisal their first loss of the season.