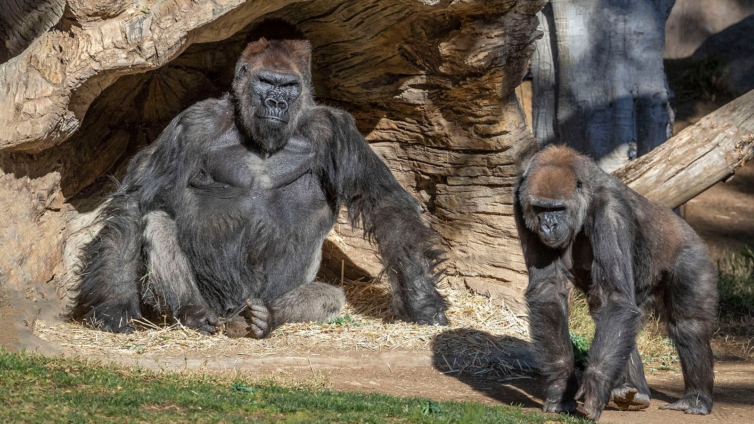 A number of great apes have been given an experimental Covid-19 vaccine following an outbreak of the virus at a zoo in California.

Four orangutans and five bonobos have each received two doses of a jab developed by Zoetis, a veterinary pharmaceutical company, National Geographic reported.

Among those jabbed is Karen, who became the first orangutan in the world to have open-heart surgery in 1994.

There have been no adverse reactions to the jabs and the apes are doing well, said San Diego Zoo’s chief conservation and wildlife health officer, Nadine Lamberski.

Blood taken from Karen and one of the bonobos should soon show whether they are developing antibodies, indicating that the vaccine is working.

Ms Lamberski told National Geographic that she decided to go ahead with immunisation despite the vaccine having only previously been tested on cats and dogs.

The animals could have reacted badly to the jab, but inoculations developed for one species are commonly given to another and they are made for a specific pathogen, not a singular species.

“We commonly use vaccines designed with dogs and cats for lions and tigers,” Ms Lamberski said – and the zoo’s big cats could soon join its immunisation programme.

The apes were given treats to distract them while the injections were administered.

“This isn’t the norm,” she said. “In my career, I haven’t had access to an experimental vaccine this early in the process and haven’t had such an overwhelming desire to want to use one.”

The positive tests in January were believed to be the first cases among captive primates.

Eight had been coughing. It is thought they contracted Covid-19 from an asymptomatic member of staff.

But following experimental antibody treatment, he is said to be recovering, along with the others.

DISCLAIMER: The Views, Comments, Opinions, Contributions and Statements made by Readers and Contributors on this platform do not necessarily represent the views or policy of Multimedia Group Limited.
Tags:
Apes
coronavirus vaccine
San Diego