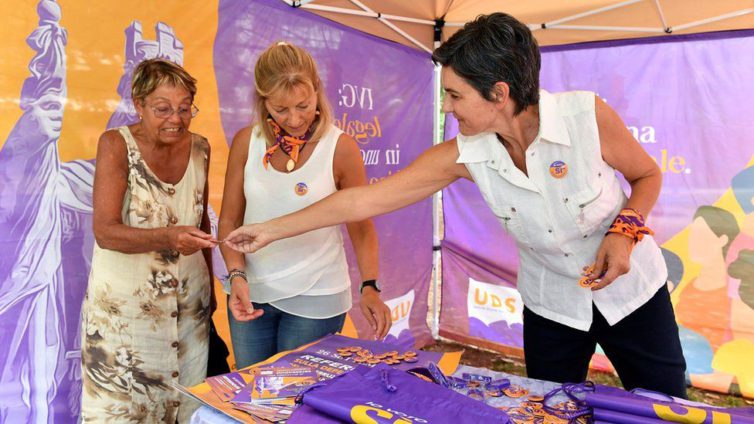 Residents in the European microstate of San Marino have voted overwhelmingly to legalise abortion.

With all referendum polls counted, around 77% of voters backed the decision, while nearly 23% said no.

With the results in, Interior Minister Elena Tonnini has called on parliament to translate the result into law.

The move would overturn a law dating back to 1865, which has made San Marino one of the last places in Europe where abortion is completely banned.

Turnout for the referendum was 41% in the landlocked enclave, which is surrounded by Italy.

The motion passed by voters would allow women to voluntarily terminate their pregnancy within 12 weeks of gestation. After the 12-week mark, abortion would only be allowed if the mother’s health was at risk, or if foetal abnormalities could cause physical or psychological harm.

Under current rules, women can be jailed for up to three years. For the doctor carrying out the procedure, this can be up to six years.

Nobody has ever been convicted. Usually, women who choose to have an abortion, travel to Italy where it has been legal since 1978.

But this does not always guarantee access. In Italy, doctors have the right to refuse to carry out abortions.

More than 35,000 people, a third of them living abroad, were eligible to vote in this latest referendum initiated by the San Marino Women’s Union (UDS).

Traditionally the country, with its strong Catholic heritage, has been socially conservative.

Opposition to decriminalising abortion has been led by the Sammarinese Christian Democratic Party, which has strong ties to the Catholic Church and has governed the country for nearly 20 years.

But campaigners have been trying to build on the momentum created by other European countries such as Ireland and Gibraltar, which have legalised abortion in recent years.

Before the results, UDS member Francesca Nicolini, a 60-year-old doctor, told AFP that “the majority of young people are on our side, because it’s an issue that directly affects their lives”.

“It’s unacceptable to view as criminals women who are forced to have abortions,” she added.