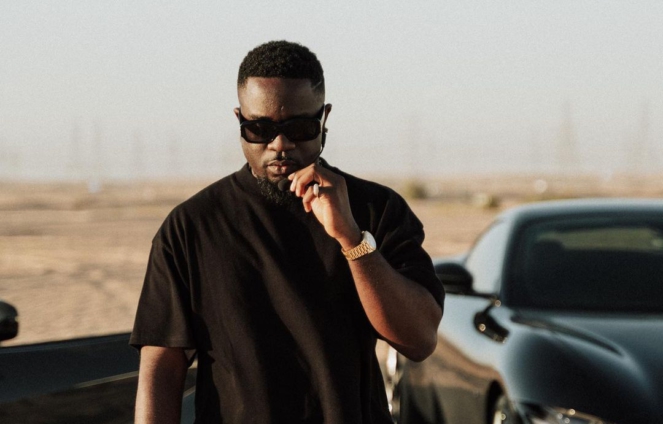 Rapper Sarkodie has revealed that Bob Marley’s team pushed for him to rap mainly in Twi for the ‘Stir It Up’ remake.

Speaking on Daybreak Hitz on Hitz FM, Tuesday, Sarkodie explained that when he first got the call to be on the Bob Marley remake, he had every intention to put together an English dominant verse for the song.

He told Andy Dosty that he felt he needed to have his verse in a language the late Reggae star’s team will understand.

However, Sarkodie said that after he sent in the first draft, Bob Marley’s team said they would prefer to have a Twi dominant verse instead.

“The feedback was they want more of your language that is why they doing an African project. I don’t think you want to go to China and hear an American accent there, that is not what they are looking for. They want to tap into what you guys are doing,” he said.

This comes after Sarkodie faced criticism for rapping in Twi on the Bob Marley feature.

Many music lovers felt the rapper needed to speak English given how huge of an international feature that collaboration is.

However, Sarkodie said that the initial verse he wrote for the track was about 10% Twi and 90% English. But, he had to change it due to the feedback he got.

“Normally my first thought would be Twi. But when the call came, I thought the same thing people were thinking, that I had to do a lot of English where the family would know what you are saying.”

He said that after changing his verse to ensure Twi was the dominant language used, he translated what he said to Bob Marley’s team.

DISCLAIMER: The Views, Comments, Opinions, Contributions and Statements made by Readers and Contributors on this platform do not necessarily represent the views or policy of Multimedia Group Limited.
Tags:
Bob Marley
Sarkodie