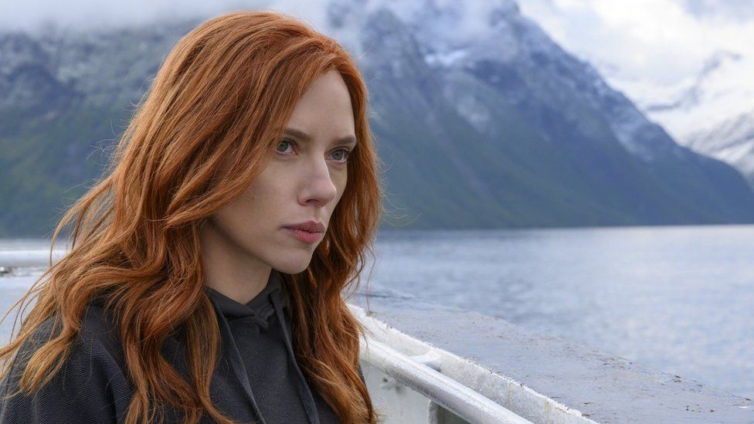 The film was the first solo outing for Johansson's Black Widow character, after appearances in multiple Marvel movies (Disney/Marvel)

Scarlett Johansson is suing the Walt Disney Company over the streaming release of Black Widow.

The actress, who stars as Natasha Romanoff in the latest Marvel film, is suing Disney for intentional interference with contractual relations and for inducing breach of contract. She is also demanding a jury trial.

Johansson alleges in the docs, which were submitted to the Los Angeles Superior Court on Thursday, that the simultaneous release of Black Widow in theaters and on Disney+ was a breach of contract.

The actress claims in the docs that she agreed her compensation for starring in Black Widow would be largely based on box office receipts generated by the film, and agreed to a theatrical release exclusive to movie theaters in order to maximize her pay.

Johansson claims Disney violated its pledge by releasing Black Widow on Disney+ on July 9, 2021, the same day it was released in theaters.

“There is no merit whatsoever to this filing,” a Walt Disney Company spokesperson said in a statement to ET. “The lawsuit is especially sad and distressing in its callous disregard for the horrific and prolonged global effects of the COVID-19 pandemic. Disney has fully complied with Ms. Johansson’s contract and furthermore, the release of Black Widow on Disney+ with Premier Access has significantly enhanced her ability to earn additional compensation on top of the $20M she has received to date.”

John Berlinski, attorney for Johansson, also released a statement to ET, which read, “It’s no secret that Disney is releasing films like Black Widow directly onto Disney+ to increase subscribers and thereby boost the company’s stock price — and that it’s hiding behind COVID-19 as a pretext to do so.”

“But ignoring the contracts of the artists responsible for the success of its films in furtherance of this short-sighted strategy violates their rights and we look forward to proving as much in court,” the statement continued.

“This will surely not be the last case where Hollywood talent stands up to Disney and makes it clear that, whatever the company may pretend, it has a legal obligation to honor its contracts.”

While speaking to ET earlier this month, Johansson opened up about what it was like also serving as executive producer for Black Widow, becoming the first original Avenger to earn that distinction on their standalone project.

“In many ways, my greatest accomplishment on this film was being able to executive produce it and carve this out of nothing,” Johansson said at the time.

“We made the movie because we wanted to, not because we had to, which was liberating in a lot of ways. We got to really focus on what we thought was the most important part of Natasha’s story and this is the result.”