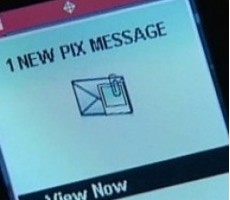 Sexting – the word sounds so sinful, seductive, salacious! Yet with the media and academic research largely focusing on the negative consequences that make these liaisons dangereuses, like breaches in confidentiality, it’s tough for even the most shameless of sexters to see the silver lining of such sexual engagements. While the occasional Cosmo article or better sex book may highlight all of the believed benefits of sexting, few academic efforts have produced data proving that these seductions can be quite rewarding.

So you can imagine my delight when graduate students in counseling psychology at Argosy University approached me about supervising a study on the positive impact of sexting on relationships.

With texting and camera phones enabling couples to send sexually suggestive correspondence and engage in sex play from almost anywhere, any time of day (or night), they wanted to know: How are lovers engaging each other via text messaging? And what kind of impact is that having on relationships? The students’ ultimate hope was to determine whether sexting practices can assist professional counselors working with couples.

In a presentation titled “Adults Who Sext: An Examination of Sexting Behaviors of Adults, Ages 25-40, and the Implications for Clinical Practice,” Rachael Madden-Connor, Leatha Huntington, and Michelle E. Wade reported out on their survey involving over 30 participants, most of whom were women, who were married or in a relationship, at the annual American Counseling Association conference.

Their qualitative, exploratory investigation revealed that, for those who did sext with a partner (the majority), sending “dirty” messages and/or sexually provocative photos was done to arouse each other or provide sexual release or gratification. Often delivered in explicit detail, this “for your eyes only” form of flirtation was typically exchanged from home, the office, the car, a hotel, while shopping.

Statements from research participants revealed that sexting, for some:

– Acts as a form of foreplay, building anticipation for the next time couples can actually meet

Researchers concluded that sexting can be a valuable tool for couples who long to maintain or reinvigorate both their physical and emotional connections.

Whether a counselor or couple, those seeking to strengthen a relationship or repair one’s sex life should consider exploring if and how sexting can be incorporated into a union. It certainly couldn’t hurt, given its potential to rev up a couple’s routine!