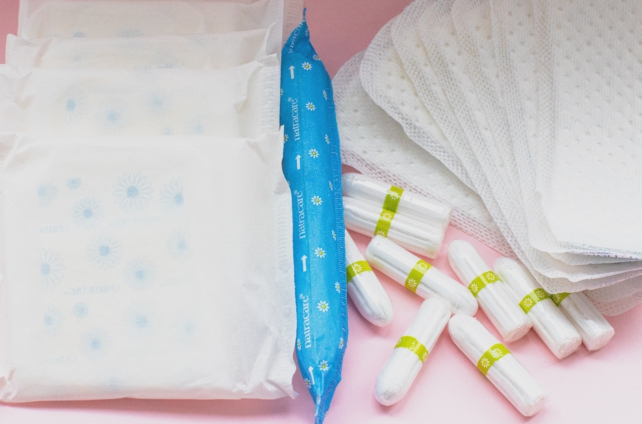 Photo by Natracare on Unsplash

Scotland has become the first country in the world to make period products free for all.

There is now a legal duty on local authorities to provide free items such as tampons and sanitary pads to “anyone who needs them”.

Products will be distributed through councils and education providers as the Period Products Act comes into force.

The bill was introduced by Labour MSP Monica Lennon, who has been campaigning to end period poverty since 2016.

She said: “Local authorities and partner organisations have worked hard to make the legal right to access free period products a reality.

“This is another big milestone for period dignity campaigners and grassroots movements which shows the difference that progressive and bold political choices can make.

“As the cost-of-living crisis takes hold, the Period Products Act is a beacon of hope which shows what can be achieved when politicians come together for the good of the people we serve.”

What is period poverty?

Period poverty is when those on low incomes can’t afford, or access, suitable period products.

With average periods lasting about five days, it can cost up to £8 a month for tampons and pads, and some women struggle to afford the cost.

Ms Nicolson said: “There’s a very simple way to describe period poverty: you go to the supermarket and you have to actually choose whether you can buy a bag of pasta or a box of tampons. It’s that basic.

“We hear of a lot of mothers going without their period protection just so they can feed their children and using things such as newspaper stuffed into socks or bread… because they’re cheaper than period products.”

How big a problem is it?

In 2018, a survey of more than 2,000 people by Young Scot found that about one in four respondents at school, college or university in Scotland had struggled to access period products.

That year, the Scottish government made history by becoming the first in the world to make period products free to students.

Since it launched the scheme, another Young Scot survey found that two-thirds of respondents had received free period products from their school, college or university in the past year.

Of those who accessed the free products, 84% said the scheme had a positive impact on them.

As well as period poverty, researchers say period stigma is also an issue for young girls, with the majority feeling embarrassed when buying menstruation products.

The impact on education is also an area the bill aims to tackle – with researchers finding 64% of girls surveyed in the UK have missed school because of their period.

Research showed that 13% had missed an entire school day at least once a month, 34% were worried about leaking and 22% had anxiety linked to periods.

What difference will the bill make?

The Period Products (Free Provision) (Scotland) Bill puts a legal duty on local authorities to ensure anyone who needs period products can obtain them for free.

It will be for the country’s 32 councils to decide what practical arrangements are put in place, but they must give “anyone who needs them” access to different types of period products “reasonably easily” and with “reasonable dignity”.

The scheme is operational from 15 August.

The Period Products Act says obtaining the free period products should be neither “complex nor bureaucratic”.

Items should be freely accessible from council or educational institutions, without people having to ask for them.

They should not have to justify why they need them or the amount that is needed.

There should also be no forms to complete and no other information required for people to access the products, unless it is needed for design or postal delivery.

As part of wider work to tackle the stigma around menstruation and period products, the act says responsible bodies should consider the importance of normalisation and visibility.

Offering a dignified response does not necessarily require hiding products away.

The bill was passed on 24 November 2020 after the Scottish government proposed significant amendments.

What has already been done to tackle period poverty?

Since 2017, around £27m has been spent to provide access in public settings.

The Scottish government made history by becoming the first government in the world to make period products free to students when the scheme began in 2018.

In some places, including a number of pubs and restaurants, products are already provided free of charge by the owners. This is a gesture of goodwill rather than a requirement.

The UK government has its own period poverty taskforce, with the primary aim of tackling stigma and education around periods. It also wants to improve the accessibility of period products.

Free period products were rolled out in all primary and secondary schools in England in January 2020.

And a handful of US states have passed laws mandating free period products be provided in schools.

The UK was able to get rid of the tax following Brexit, when it was no longer subject to European Union regulations.

Before leaving the EU, the UK government had started putting money raised from VAT on period products into a Tampon Tax Fund, which was used to support organisations and charities.

It came about after the Stop Taxing Periods campaign, started by Laura Coryton, attracted over 320,000 supporters and worldwide attention.

A number of other countries have lowered or scrapped taxes on period products – including a dozen states in the US and countries including Kenya, Canada, Australia, India, Colombia, Malaysia, Nicaragua, Jamaica, Nigeria, Uganda, Lebanon and Trinidad and Tobago.

DISCLAIMER: The Views, Comments, Opinions, Contributions and Statements made by Readers and Contributors on this platform do not necessarily represent the views or policy of Multimedia Group Limited.
Tags:
Period products
Sanitary pads
Scotland
tampons