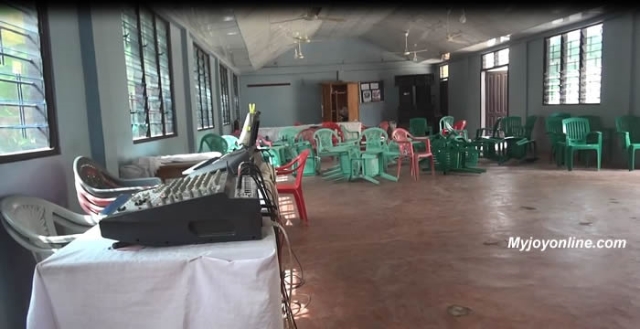 The Seventh-Day Adventist Church is asking for justice for members of the Adoato-Adumanu branch who were attacked by a gang of armed robbers on the eve of Christmas.

One person was injured when three masked armed robbers attacked members of the during an all-night prayer service.

President of the Mid-central Conference of the church, Seth Asiedu, wants police to speed up investigations to bring the perpetrators to book.

He was speaking to Nhyira News at the sidelines of a thanksgiving service organised by the church over the weekend.

The attack was the second in two weeks.

Previously, a similar attack at the Ahinsan SDA Church left an elder of the church injured.

He was hit in the head by a butt of a Pump Action assault rifle by one of the robbers.

No one has been arrested, one week after the Regional Criminal Investigations Department took over investigations.

The church has organized a thanksgiving service to thank God for his protection in the face of the attack.

Members sung, danced and dined, all to the glory of God.

"Sometimes some people just give thanks to God whenever they receive something better. You can see that such situations, if not the provision of our Lord, our lives would have been finished. So if God has protected us from such situations, why can't we give glory and honour to him," head pastor of the church, Richard Amponsah-Acheampong quizzed.

He continued: "We did that [thanksgiving service] purposely to praise our Lord for the way that he guides us through such situation."

Though the church is satisfied with police investigations, it is unhappy none of the perpetrators has been arrested.

The Seventh-Day Adventist Church is demanding justice for victims of the attack.

"They[police] have done much and we expect more to be done. We want to hear that the people are caught and brought to book. Not until that, [they have to do more]

"That will serve as a deterrent and lesson to other people who are going on robbery," he added.