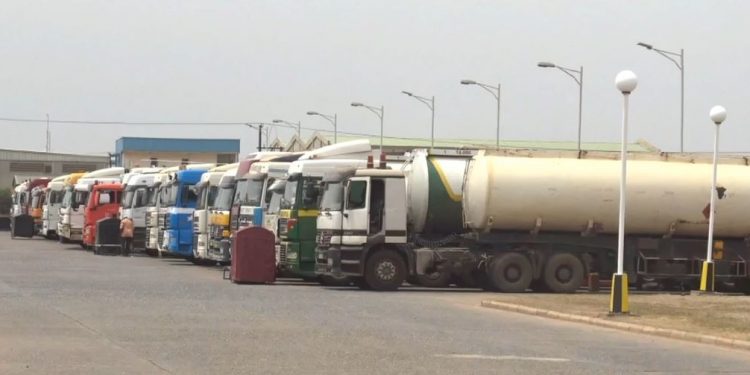 The Public Relations Officer for the Ministry of Energy, Kwesi Obeng-Fosu, says the National Petroleum Authority’s (NPA) newly introduced seal and tracking device system should not be condemned in its entirety.

There have been some concerns by stakeholders over the use of the seal and tracking device system.

His comment is in reaction to concerns by the Ghana National Petroleum Tanker Drivers’ Union that the introduction of the seal and tracking devices on petroleum tankers have resulted in some unfair treatment by the authorities.

“These unfair treatments come in the form of wrong accusations of tampering with seals and punishing a whole group of drivers for the alleged offense of one tanker driver. This is most unfair!” the union stressed in a statement announcing its sit-down strike.

Also, the tanker drivers said the tracking system is being used to punish drivers and transporters for a mandatory health and safety requirement that directs drivers to stop and rest after every four hours of driving.

“Every stop during transportation is viewed and characterized as diversion, to be followed by punitive sanctions. We therefore demand that this unjust and unfair treatment cease immediately!” the statement added.

However, Kwesi Obeng-Fosu argues that although there might be some challenges with the new system, it cannot be a general problem.

He explained that the system is helping the NPA track the fuel transportation space efficiently, thus, the entire system cannot be abandoned due to a few hitches here and there.

“I believe it will be pockets of issues, it will not be a general issue because not everybody is complaining about it.

“If it happens that the vehicle is at the gantry point and then there is a signal to the tracking system that something is happening, and you’re able to prove that you’ve not even moved out and this thing triggered, I mean we can sit and discuss this and find an amicable solution to it.

“So it is not something that we can sit here and say in general that the tracking system has failed. It is working; it is helping NPA to track that space,” he said on JoyNews’ PM Express, Wednesday.

He further stated that the system does not merely check for diversions, siphoning and adulteration of fuel being transported, but also checks on the quantity and quality of fuel being dispensed across the country.

“That notwithstanding, even in the tanks at the various vending points the tracking system has been installed deep deep down in the tanks and it is informing the NPA of the level of fuel, quality and stuff. So it is not just adulterating and diversion and siphoning, it is also doing more than we all know,” he said.

“So I believe if there are issues with it, we shouldn’t just condemn the whole system in its entirety, we should just look at the various issues, sit and discuss them and then iron things out and move on. So in order to at least, police that space, the regulator has all the rights to put in a system that will help them check,” he added.