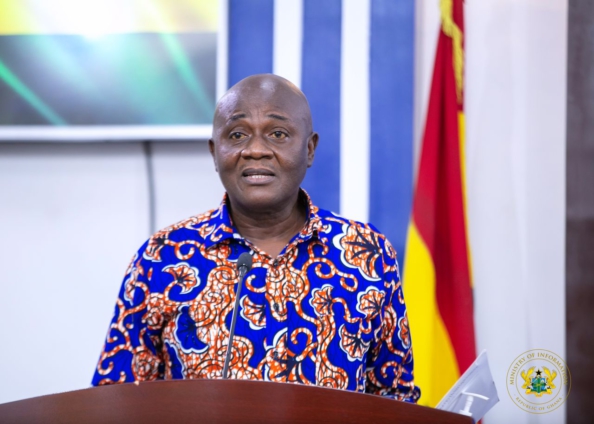 The Minister of Local Government, Decentralisation and Rural Development, Dan Botwe released the list for MMDCEs on Sunday, September 19.

According to ASEPA, the process where persons were asked to apply for the position, undergo selection interview (vetting) and subsequently recommendations made to the President did not only prolong the selection, but failed to meet expectations.

“For the first time in the history of the fourth Republic, MMDCEs have been nominated 9 months after a Presidential transition. The process dragged on for too long, further increasing the tension, which contributed to violence recorded across the country prior to the announcement and after the announcement,” the CSO wrote in an analysis report released on Monday, September 20.

This comes after the Minister of Local Government, Decentralisation and Rural Development, Dan Botwe released the list of nominees for Metropolitan, Municipal, and District Chief Executives (MMDCEs).

Addressing a press conference on Sunday, Dan Botwe said the list has been forwarded to the Regional Ministers for the approval process to begin.

In their report, ASEPA stated that despite the processes applicants went through to be considered for the position, only 56% of the MMDCE nominees in the list released were recommended by the vetting committee in their final report.

The CSO revealed that “out of the 44% of the nominees who were not recommended by the vetting committee but were nominated by the President, 10% did not apply for the job or were not on the list of persons who were vetted by the committee.”

ASEPA questioned why the President would adopt a selection process and in the end, still discard almost half of the committee’s recommendations.

They stated that considering the raised tension, party discontent and anger that greeted some of the announcements, some of the Districts are likely to end the year without confirmed MMDCEs.

“Our intelligence gathered from the grounds and the analysis of historical records seem to suggest that at least 30% of the MMDCE nominees are likely to suffer some confirmation challenges which could drag on till next year,” they added.

Meanwhile, ASEPA anticipates the earliest time to expect at least 60% of the MMDCE nominees confirmed by their respective assemblies would be February 2022.