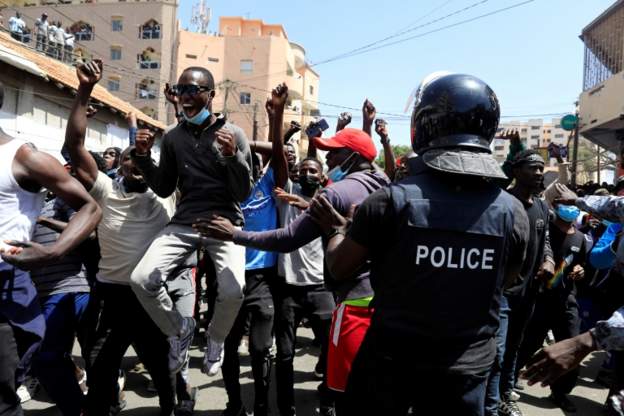 Senegal’s main opposition leader, Ousmane Sonko, has called for more protests against President Macky Sall, whom he accuses of being behind the rape charges he’s now facing.

Mr Sonko was addressing supporters hours after being released on bail following the most violent unrest Senegal has seen in years.

He is accused of assaulting a woman who worked in a beauty salon.

Mr Sonko said the demonstrations should be larger but also peaceful and lead to change in the presidential election due in three years.

There are concerns that Mr Sall may seek a third term in office.

The incumbent has appealed for calm.