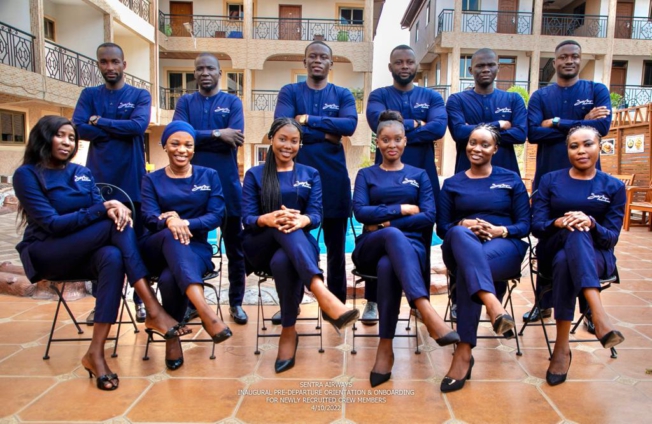 Ghana is set to see a new airline entering its aviation industry to ply the Manchester to Accra routes.

Sentra Airways, a Manchester-based startup Pan African Airline, is set to launch operations with its maiden flight to Accra scheduled in the last quarter of 2022, with initial long-haul flights from Manchester to Accra.

The strategy of Sentra Airlines will see its operations expand to other West African countries and the United States later.

The company was established in 2019, initially under the name ‘Majestic Mallard Airways’ with a startup capital of £600,000.

The name was later changed to “Sentra Airways” in January 2020. The airline’s shareholders are Bilqis Ismail and Ishmael Musah, both Ghanaian citizens.

Sentra Airways secured its first aeroplane in April this year; an Airbus A330-200 from Air Lease Corporation (ALC), a US-based lessor.

The airline aims to start operations this winter as Operations at the airport are due to begin in the second half of the year.

The management of Sentra Airways has completed the first phase of its recruitment of personnel with a majority sourced from the Ghanaian Aviation Space and held a pre-departure and onboarding orientation program for its newly recruited crew members in Accra, Ghana.

The 16-member crew were oriented on topics such as work ethics, basic cabin crew management and also briefed on the administration and communications in Sentra Air Services Limited.

Ghanaian employees of the airline recruited are expected to join their counterparts in the UK later this month for a three-month intensive training and also prepare them for their general duties as cabin crew attendants on board Air Sentra flights.

The airline has chosen Accra as its first destination because they believe, it will help in positioning itself as the airline of choice and wants to establish regional partnerships.

Experts say the entry of Sentra Airways into the Ghanaian aviation industry will be crucial in consolidating Kotoka International Airways (KIA) as a major entry point into West Africa.

They are therefore calling on the regulatory agencies to support the new entrants to meet their planned timelines to start operations.

The news of the possibility of a new airline linking Ghana and the UK follows a recent decision of British Airways to cut the number of flights on its UK-Ghana route.

DISCLAIMER: The Views, Comments, Opinions, Contributions and Statements made by Readers and Contributors on this platform do not necessarily represent the views or policy of Multimedia Group Limited.
Tags:
British Airways
Sentra Airways