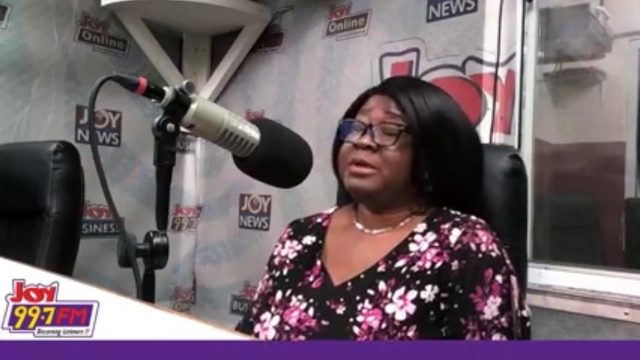 A private legal practitioner wants the Chairperson of the University of Ghana Anti-sexual Harassment Committee to recuse herself from the ongoing sex for grades probe.

Martin Kpebu said while the comments will not in any way prejudice the investigations, they make Dr Margaret Amoakohene unfit to be part of the probe.

The Chair had said she disagreed with the BBC Africa Eye’s ‘Sex for grades’ title because there was nothing in the documentary that suggested so.

She told Evans Mensah on JoyNews’ PM Express programme on Tuesday despite that “it was inappropriate for you [the lecturers] to be seeking all the things that we saw in the video.

“And we also have code of ethics of senior members of the university; that is also breached,” Dr Amoakohene said.

Discussing the subject on Joy News’ news analysis programme Newsfile, Saturday, Mr Kpebu said, “it is fair for her to recuse herself. That will be better.”

“This is the same professor who sat on the committee and they have dismissed other lecturers – about three lecturers. She has been on the Committee and she had done a good job.”

“…personally I do not think that she necessarily has prejudiced the matter but because of her general statement that justice not only ought to the done but ought to be manifestly seen to be done, I think Dr Amoakohene should recuse herself,” he added.

A BBC documentary levelled allegations of sexual harassment against two lecturers of the University.

In the “Sex for Grades’ documentary, Prof. Ranford Gyampo, political science lecturer and Dr Paul Kwame Butakor, a lecturer at the Department of Teacher Education of the School of Education and Leadership were seen making unacademic demands of female students.

Prof. Gyampo denies the allegations levelled against him, saying he had had nothing to do with any student.

But the University authorities have started investigations into the issue.

This outraged a section on the public who then asked her to be either taken off the Committee or that she is allowed to recuse herself.