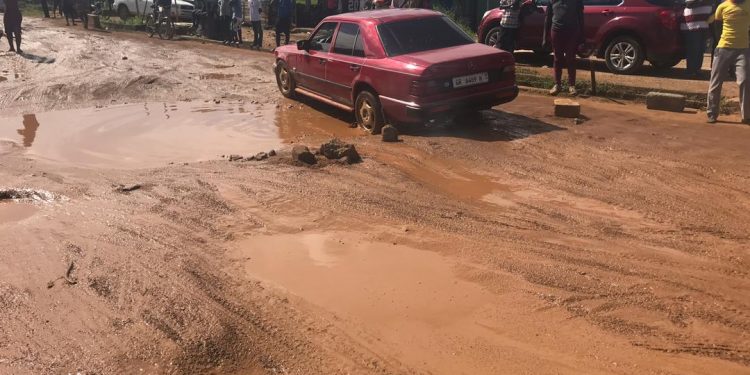 Assembly members of the Shai-Osudoku District have shared their concerns over the deplorable state of road networks in the area.

They explained that the fortunes of the people who are predominately farmers have been affected as they find it very difficult to transport their produce to market centres.

Speaking to Adom News’ Kwasi Azor, the Assembly members appealed to the MP, Linda Akweley Tettey, government and other foreign donors to come to the aid of the people by constructing the roads to improve the situation.

“Most of our roads are bad apart from the major road that leads to Somanya from Adenta. Pregnant women from the villages suffer complications on their way to the hospitals during labour due to the nature of the roads,” one of them said.

Another added, “The feeder roads are bad especially in the rainy seasons. It is very bad  as some vehicles get stuck in the mud, which affects our work.”

Meanwhile, the District Chief Executive (DCE) for Shai-Osudoku District Assembly, Daniel Akuffo appealed to residents of the area to exercise patience whilst measures are put in place to fix the road networks in the area.

He admitted some contracters who were awarded some of these contractors have delayed in executing their tasks.

“We have about 430 kilometres out of which 89 kilometres have coal tar. Some of the projects have been awarded to contractors already but it is essential that we push them for these roads to be fixed,” he said.