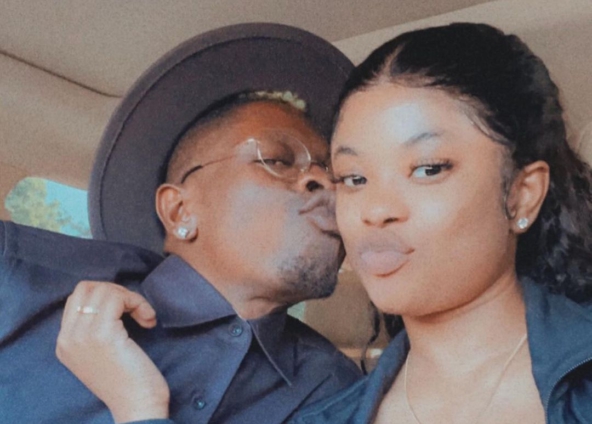 Reggae/Dancehall artiste, Shatta Wale, has sparked rumours of a breakup with his girlfriend following some activities on social media.

On Instagram, Shatta Wale has deleted all pictures of Elfreda, who he presented to his followers and fans about two months ago.

He, however, left the viral video where the two were seen kissing and another of Elfreda dancing with a woman, Shatta Wale tagged his in law.

His girlfriend on the other hand has wiped her Instagram account clean. She has deleted every single posts, including her profile picture.

Also on Snapchat, Shatta Wale wrote some surprising takes on relationships including a statement that “marriage is a scam.”

In his posts, the ‘Melissa’ hitmaker cautioned men to focus more on making money than falling in love and/or settling down.

He also asked men to be cautious when women profess their love, adding “ most of them are liars and fault finders to delay your precious time to go for the big bags.”

Among other things, Shatta Wale also revealed that he does not want to build a future with a woman who would take on the role of a CID to go through his phone.

His posts have generated talks on social media about a possible split.

Charles Nii Armah has deleted all pics of himself and his new Girlfriend on Instagram 😬😳. Wats happening Shatta Wale. Hope am not thinking 🤔 wat am thinking 💭

But @shattawalegh the thing u dey do is it for clout or what?
U dey grow oo so shun dey do things which go affect u later.
U lef the girl so what?why say u dey come rant den things for online.Ur colleagues are married and u can’t even have a girlfriend.

After the birthday things all?? Man cant pic.twitter.com/gbS3gbr5fm

B3 he fool meanwhile he would want the lady to do what he likes he can’t even keep one lady at his side for long bcos he thinks the women should keep up with his madness,I like him alot but I don’t entertain madness esp Sexism,he shld grow up,I understand why michy left him,tsww

DISCLAIMER: The Views, Comments, Opinions, Contributions and Statements made by Readers and Contributors on this platform do not necessarily represent the views or policy of Multimedia Group Limited.
Tags:
Relationship
Shatta Wale