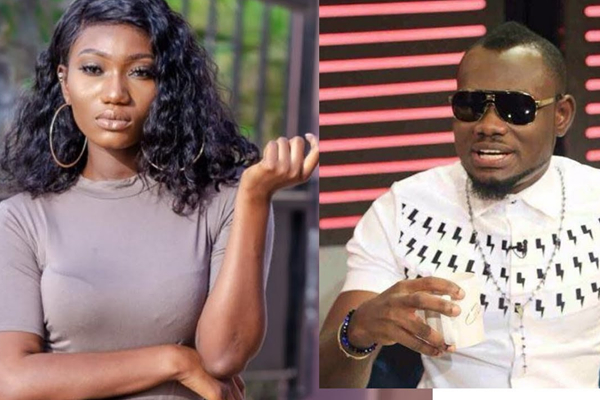 Actor Prince David Osei is wondering how singer Wendy Shay was appointed an ambassador for the Youth Employment Agency (YEA).

According to him, the singer is simply “shallow”.

His comment follows the ‘Masakra’ hit singer’s response to a question on what material things she could boast of since she signed unto RuffTown Records almost two years ago.

“Wendy, ever since you got signed to RuffTown Records, what is that one thing you have gained musically for yourself that you can say I got this camera or I got this carpet…” a journalist from TV Africa asked.

“You mean the material things,” she interjected in a bid to get clarification.

“I’ve got so many stuff. Too many. Woo. I mean I can actually buy the latest iPhone that is in town right now. I mean I do have a lot of stuff, camera, iPad, I mean stuffs that every girl at my age is going to need I do have money to buy all of these things,” the singer’s said.

That was not all. The host quizzed further, “What’s your worth?…”

“Oh I haven’t checked, I think I have to check it online,” she swiftly responded.

Those responses have triggered criticisms and attacks from a section of the public.

“ Is this the person they appointed Youth Ambassador?? Shallow ” Prince David Osei wrote beneath a post of the singer’s viral interview.

This will not be the first time Wendy Shay is being criticized by the public.

Late last year, she was heavily criticised after she described a question posed to her by JoyNews’ MzGee as “dumb”.

In July this year, the singer rendered an unqualified apology for posting a picture that subjected former president John Agyekum Kufuor to public ridicule.

DISCLAIMER: The Views, Comments, Opinions, Contributions and Statements made by Readers and Contributors on this platform do not necessarily represent the views or policy of Multimedia Group Limited.
Tags:
Prince David Osei