Members of the public caught and held on to a suspect running away from an armed raid on a jewellery shop.

The owner of the shop, in west London, said he feared for his life when men armed with sledgehammers smashed their way into the store in Shepherd’s Bush.

Police said a car was driven into Sultan’s on Uxbridge Road. 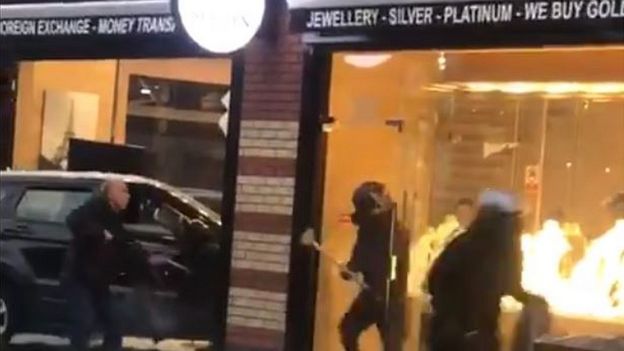 A man, aged 34, has been charged with robbery, dangerous driving, possession of an offensive weapon, criminal damage and receiving stolen goods.

Co-owner Jamal Sarhan said he was inside with a customer and the children of another member of staff and pleaded with the men not to hurt anyone.

“I told them to take whatever they liked but ‘please do not hurt anyone’.

“I thought I was not going to see my kids again,” he said.

In a video published on social media, three men wearing motorcycle crash helmets can be seen running away after the raid.

Several members of the public gave chase before catching one man. 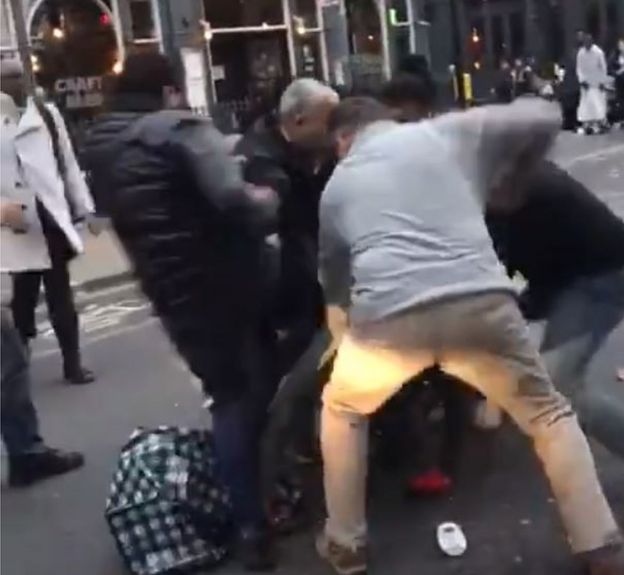 Two officers arrived shortly afterwards and were filmed handcuffing him.

Police are appealing for anyone with footage of the incident to contact them.