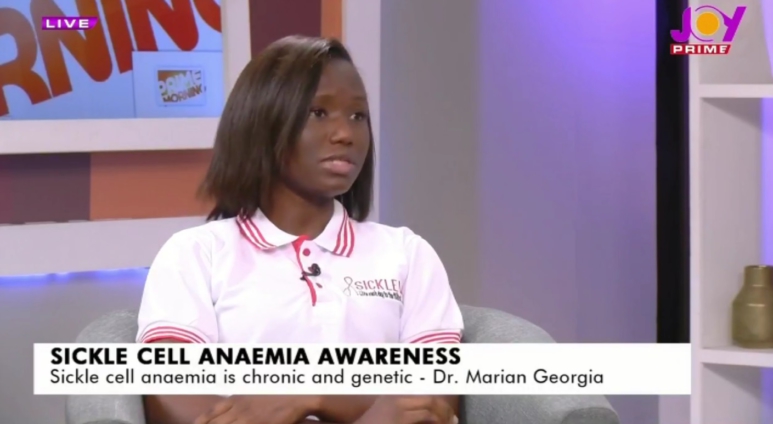 There appears to be a glimmer of hope for sickle cell anaemic patients.

That is according to a medical practitioner and a volunteer at the Sickle Life, a sickle cell disease advocacy group.

Dr. Marian Quansah said through bone marrow transplant, deficiency in the number or quality of the red blood cells can be corrected.

Speaking on Prime Morning , Tuesday she stated that the procedure, though costly, is an effective cure for sickle cell anaemia.

Dr. Quansah also debunked the mind-set that sickle cell anaemia can be cured by draining and replacing your blood with new blood.

She, however, disclosed that the bone marrow is what produces blood cells and these blood cells are what carries sickle cells.

The medical practitioner added that, “No, there is no age limit. Anybody can go for it but because of how expensive it is, it’s not usually affordable for everybody.”

The Sickle Life volunteer explained that the bone marrow recipient must be scrutinized and optimized before transplant can be done because their body might reject the cells resulting in the transplant being ineffective.

She stated that anyone, with sickle cell anemia, despite their age or gender can opt for a bone marrow transplant.