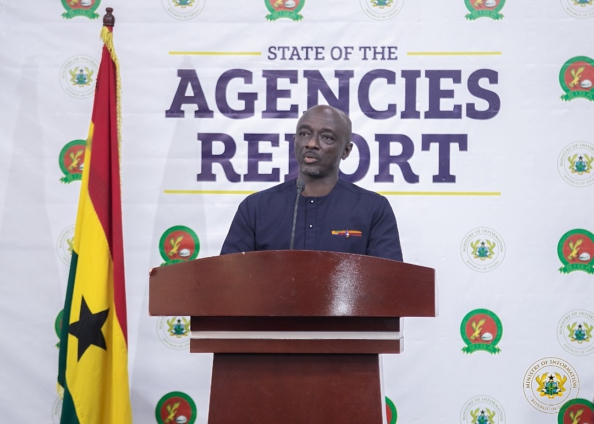 The State Interests and Governance Authority (SIGA) has promised to enforce measures to address the country’s poor aggregate performance of State-Owned Enterprises (SOEs).

Edward Boateng, Director General of SIGA, expressed confidence that he and his team will transform Ghana’s SOEs into profitable enterprises.

He made this statement during the State of the Agencies Report, a regular engagement platform created by SIGA in collaboration with the Information Ministry on Thursday, December 8, 2022.

He stated that SOEs currently account for 5% of GDP, far less than the 30% required of the sector, prompting SIGA to implement appropriate measures to improve SOE performance and increase government returns.

“At SIGA, we are dedicated to boosting the economy by transforming SOE operations through the enforcement of good corporate governance, effective monitoring and oversight. We should be able to leverage these steps to create Ghana’s economic superhighways,” he said.

He indicated that SIGA had also worked to improve the performance of SOEs in the short to medium term, emphasising that 24 of the 47 SOEs covered in the 2020 State Ownership Report (SOR) showed significant improvement year on year.

This accounts for 51% of all SOEs in the country.

The Performance Contract is intended to provide SEs with a benchmark against which their performance can be measured.

He explained that as the Performance Contract Processes are signed, SIGA will prioritise projects and initiatives that will increase productivity and efficiency, create job opportunities for youth, generate wealth, and yield dividends for the state.

He urged the media to highlight the accomplishments of high-performing SEs and stated that SIGA was willing to train them in specific sectors.

The engagement was attended by representatives from SIGA, the Ministry of Information, and the Media.

SIGA, in collaboration with the Ministry of Information, launched the State of the Agencies Report initiative with the goal of educating and promoting transparency and accountability by informing the public about the activities and projects of Specified Entities.

SIGA and the Ministry of Information plan to host more engagements for SEs next year.

DISCLAIMER: The Views, Comments, Opinions, Contributions and Statements made by Readers and Contributors on this platform do not necessarily represent the views or policy of Multimedia Group Limited.
Tags:
Edward Boateng
State Interests and Governance Authority (SIGA)
State-Owned Enterprises