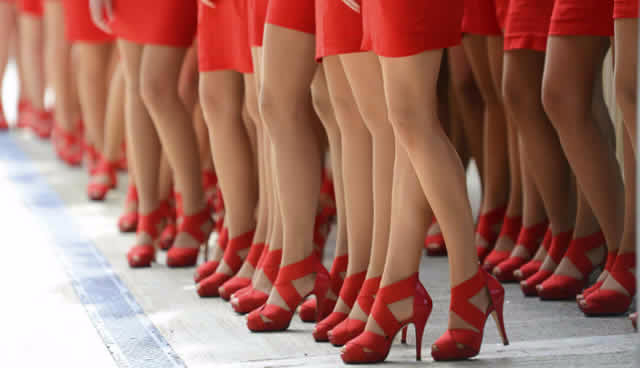 A 34-year old man from Singapore has broken a long-standing world record by successfully having intercourse with 57 different women within a 24 hour period. The record was set in Prague, the capital of the Czech Republic, as part of an annual event run by a local brothel.
The man, who was not named by local Czech media, told reporters that he had been training hard for a period of months and was delighted to have broken the previous record, which stood at 55.
“I’ve always been a bit of a sex addict, and when I learned that the brothel was having a world record attempt I knew I had to come and give it a go,” he said. “I take it really seriously and train for it just like an athlete would prepare for a marathon. In some ways, it’s actually much harder than a lot of professional sports.”
The world record attempt began at midnight local time, with officials looking on as the man commenced intercourse with his first partner. “For the world record to count, every woman I slept with had to be different, so the venue had to hire a number of girls from other brothels.”
By midday the man was ahead of world-record pace, having slept with 29 women. “I started to get a bit of a cramp around then but luckily we had a physiotherapist on hand to give me a massage which helped out,” he told journalists.
As part of the conditions attached to the world record, no challenger is allowed to take any prescription medicine to enhance their erection, and the Singaporean man passed a test to reveal his system was clear of such medication. “Natural remedies are permitted, but I won’t disclose what supplements I take,” he said.
In addition, for each individual session of intercourse to count, the participant must ejaculate more than 5ml of semen. The record officials were on hand to dutifully measure the amount of fluid ejaculated by the man at the end of each session. “It’s not the most sought-after job, but we find it rewarding in our own way,” said one of the judges involved.
The previous record holder, an American porn actor, slept with 55 women within a single 24 hour period back in 1983 as a promotional stunt for a new film release. For decades, men around the world have tried – and failed – to break that mark. “I personally never thought the record would be broken,” said one judge. “It’s a true credit to this man’s determination and perseverance.”
Just shortly before 11pm the man broke the record after he completed his 56th session of intercourse, and officials were impressed when he decided to add one more to the tally to finish with 57. Officials believe it will be unlikely for the record to ever be broken, particularly as such a high volume of sex in a short period of time causes great trauma to the male sex organ.
“As soon as he finished his 57th partner, he was rushed to hospital for treatment to his penis,” said one official. “In the past, men have actually chafed their penis so much attempting to break the record that they’ve had to have skin grafts – or in one severe case, amputation was actually required. Clearly it’s a risky record to break.”
Tags: