Sinohydro Deal: Drawing $100million doesn’t change the difficulties we are in – Ato Forson to government 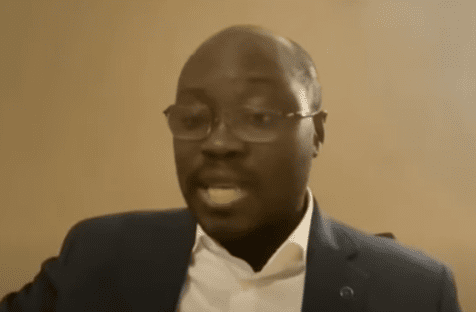 Ranking Member on Parliament’s Finance Committee, Cassiel Ato Forson, says there has been no significant progress made by the incumbent government regardless of the current $80million drawn in the 2018 Sinohydro deal.

According to him, the setbacks and difficulties faced by the government for 3 years since the agreement was signed has not evaporated due to the additional funds generated.

“If this has changed after December 2020 to date and he is telling me that an additional about USD80million has been drawn down to make it USD100million, so be it. But it does not change the difficulties that we are in today. You pledged to deliver the first NLots in three years, as we speak, none of the projects have been completed.

“You pledged that the Chinese have agreed to give USD2billion and you are saying that you’ve not been able to draw down a quarter of that kind of amount, in fact, as at December 2020, only about 1 per cent of the USD2billion had been drawn down. If he says a USD100million has been drawn down, it still represents about 5 per cent of the total USD2billion. So it doesn’t convince me that the Sinohydro project is ongoing.”

Under the deal, Sinohydro, a hydropower engineering and construction firm, is to finance and execute the construction of infrastructural projects across the length and breadth of Ghana in exchange for access to sites to mine bauxite.

Out of 10 Lot projects to be executed, government says six out of the total have begun. However, none of these projects started have been completed.

Speaking with host, Evans Mensah, the Member of Parliament for Ajumako-Enyan-Esiam insisted that government is to blame for the challenges faced with the execution of the 10 pledged projects under the agreement.

Describing the agreement between the Government of Ghana and Chinese state-run, Sinohydro Corporation Limited as a loan and not a barter agreement, Dr Ato Forson noted that such a structure is not acceptable by banks, hence, reasons for such financial institutions to drag their feet.

Adding that “the Chinese as I’ve said earlier are not Father Christmas. If they lend you loans, they expect you to pay. If you don’t have a workable structure and they think that you cannot pay, they will drag their feet. And they are dragging their feet. Clearly, as we speak, this 100million he says is part of the public debt.”

To further solidify his argument on the agreement being a loan and not what has been supposedly indicated by government, he stated that the International Monetary Fund (IMF) has included the Sinohydro deal as part of the country’s public debt.

“I entreat you to look at the IMF data. They have added the Sinohydro loan drawn down to date as part of public debt. So it is cos90 on the back of government.”

He further accused government of attempting to hide public debt by reporting the said agreement differently.

Meanwhile, government has indicated that the phased plan along which the projects are supposed to commence is the reason for the seeming slowdown in activity as far as the project is concerned.

Adding that, there is no cause for worry.

Click on the hyperlink to have all details on the Sinohydro deal.

DISCLAIMER: The Views, Comments, Opinions, Contributions and Statements made by Readers and Contributors on this platform do not necessarily represent the views or policy of Multimedia Group Limited.
Tags:
Dr Ato Forson
Ranking Member on Parliament's Finance Committee
Sinohydro deal