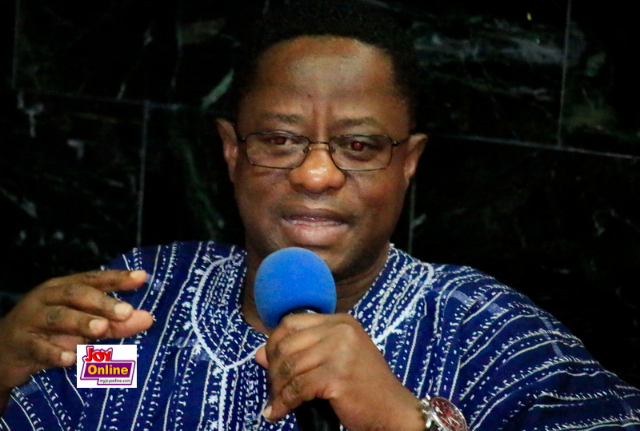 Small-scale miners are unhappy with government’s decision to extend the ban on small-scale mining in the country, describing it as unfair.

The miners said their lives have been negatively impacted following the decision to stop their mining activities in February.

The ban was imposed in March this year when the government launched the fight to end illegal small-scale mining also known as galamsey.

Despite the deployment of a joint Military and Police anti-galamsey taskforce, Lands and Natural Resources Minister, John Peter Amewu says not much has been achieved.

He announced the extension when he addressed the media after a tour of some mining areas in the Amenfi East District of the Western Region.

Shortly after assuming power, the New Patriotic Party (NPP) declared a ban on small-scale mining as part of efforts to fight the activities of illegal mining popularly called galamsey.

Galamsey has fouled the environment, polluted rivers and destroyed many farmlands.

The government hoped by the institution of a three-month ban and a constitution of an anti-galamsey taskforce, the activities of illegal mining will be reduced drastically.

However, the Minister said, “there is going to be an extension because we have not achieved what we were looking for. We have put in modalities and during the extension, a lot will be done in regularizing the whole system.”

According to him, regarding existing small-scale licenses pronouncement will be made to weed out the recognized entities from the unrecognized ones so they can re-register.

“Most of the small-scale licenses, 68-70 percent were issued in December close to the election period and we cannot accept things done in a haphazard manner without due cause to the procedure,” Mr Amewu said.

Licensed small-scale miners are, however, unhappy with this announcement by the government.

Some soldiers who were with the Minister during his visit

Nuhu Muhammed Mustapha who is the Secretary of the Prestea Huni Valley Small-scale Miners Association argues that government should regularize the operations of illegal miners.

“This is not fair; the Minister must come again. At least let’s allow those who have licenses to work. And those who don’t have it, we have to help them acquire it,” he told Joy News.

He said Ministers in all the past administrations signed licenses so for Mr Amewu to discount all those licenses as unrecognized is “unfortunate.”

Mr Muhammed Mustapha said the small-scale miners have regretted voting the New Patriotic Party (NPP) into power adding the Minister should have considered them after engaging and advising them.

He said all small-scale miners are frustrated and charging the government to consider and give them the licenses.