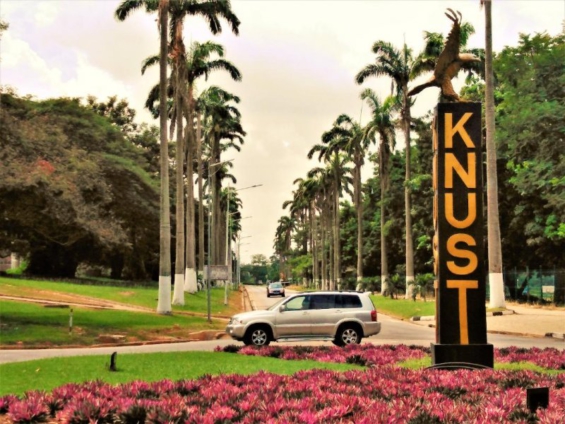 Twitter is chirping pretty loudly and the Kwame Nkrumah University of Science and Technology (KNUST) is responsible for this occurence.

On Wednesday, it was reported that about 6000 students in the tertiary institution have been compelled to defer their course due to their inability to pay their fees.

According to the University Relations Officer, Dr Daniel Norris Bekoe, students have channeled the resources to betting and other avenues such as Uber business to generate income.

First and foremost, Twitter users are astonished that such a significant number of students have been made to defer their courses.

Concerned users questioned the importance of the school’s Student Representative Council. They noted that the Council should have intervened.

Also, users noted that among the lot, some students may genuinely be finding it difficult to pay their fees.

Also, some users are astonished by the avenues the affected students have decided to invest their monies in, rather than their education.

For a section of the users, this is good news because the students are venturing into entrepreneurship. They noted that the students’ decision to invest their fees should not be condemned since government has indicated that its payroll is full.

In October last year, Finance Minister Ken Ofori-Atta advised the youth to venture into entrepreneurship as the government cannot absorb them into the public sector.

He noted that about 60% of the government’s revenue is already being paid as salaries to some 650,000 public sector workers.

“We have gone through a period where most people look for jobs with the government. That payroll is full because we are spending some 60% of revenue on the remuneration of some 650,000 people, and that is not sustainable,” he disclosed at the Springboard-Ghana Cares Youth Dialogue in Accra.

Meanwhile, some Ghanaians have called on the Management of KNUST to rescind its decision in order to protect the genuinely struggling students struggling to pay their fees.