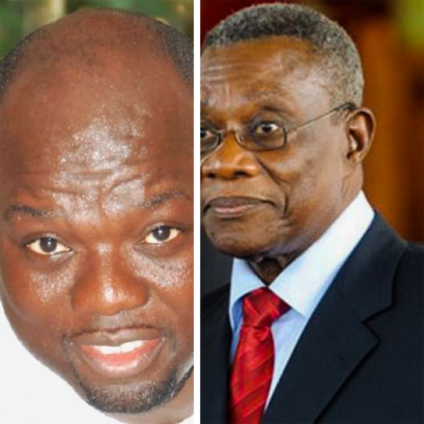 Twitter users have shared their views on a motion filed by four Majority MPs on Thursday for a bi-partisan investigation into the death of the late President John Evans Atta-Mills.

Led by Majority Chief Whip, Frank Annoh-Dompreh, the group wants Parliament to constitute a committee “to unravel the unending mystery surrounding the death of late President Mills which sad event occurred on July 24, 2012.”

The move has been unwelcomed by some on social media. According to them, investigating the demise of the late Mills 10 years after it occurred, is insensitive.

We want to advise those people to stop reminding the peace Loving Ghanaians of the demise of our beloved past president His Excellency John Evans Atta Mills,His death is so painful and devastating even as now,let us allow his soul,to rest peacefully in the blossom of his creator.

Others noted that rather than focusing on the many economic challenges in the country such as the surge in fuel prices, NABCo unpaid trainees among others, the MPs want scarce resources to be utilised to probe into the death of Atta-Mills, who fell ill before passing away.

Fuel prices are going super up , Utag is on strike but our leaders are thinking about Atta Mills death. Should we bring him back🤷‍♂️ after all ebi #6feet

Fuel prices are going up , Utag is on strike but our leaders are thinking about Atta Mills death ☹️. Just to make the other political party unpopular 😂😂😂😂 are we serious in this country🤯🤯

Their comments resonate with concerns by brother of the late Evans Atta-Mills, Samuel Atta-Mills.

Speaking on Asempa FM’s Ekosiisen, the MP for Komenda Edina Eguafo Abirem said: “It’s bad news. Why are they trying to cry more than the bereaved? Annor Dompreh is someone I used to respect a lot, he shouldn’t make me change my perception about him. Why is it that every year they want to remember Nana Yaw [late President Evans Atta-Mills]?”

“People are suffering in this country, workers are going on strike, UTAG is on strike, all kinds of problems. Is this what Annor Dompreh could think of? Every year they are using Prof. Mills’ death for politics,” Samuel Atta-Mills stated.

Some of the users therefore advised the NPP MPs to use their efforts to investigate the death of J.B. Danquah-Adu, the former Member of Parliament for Abuakwa North.

The MP was stabbed to death on February 9, 2016, at his Shiashie residence in Accra, yet the culprit has not been brought to book.

Mr man, how about probing the cause of JB Danquah, ur own brother and member of parliament

Ur use in the house is just useless

I guess JB Danquah has resurrected! The leaders we have to deal with! smh 🤦🏿‍♂️!

My comment has awoken the conscience of NPP folks, who are here to counter my position with procedure. We know Asiedu and Bosso are facing trial over the murder of JB Danquah but my point is, NPP MPs haven’t shown concern over this case, yet they want a probe into Mills death. 😂

The driver of the late MP, Samuel Berko Sarkodie, was accused of murder, but he denied the allegation, explaining that he dropped off the former MP and left the premises to his house immediately.

Daniel Asiedu and another person, Vincent Bosso were charged with murder and abetment for the murder of the late MP.

Asiedu had earlier said that he went to the MP’s house to steal but ended up killing him in self-defence.

He subsequently withdrew these claims and stated that he had gone with the intention of killing the legislator.

Please who has had access to JB Danquah’s autopsy report?

In January this year, a pathologist who conducted the autopsy on murdered Abuakwa North MP, Joseph Boakye Danquah Adu, blamed the theft of his personal computer for the two-year delay in issuing a report.

DISCLAIMER: The Views, Comments, Opinions, Contributions and Statements made by Readers and Contributors on this platform do not necessarily represent the views or policy of Multimedia Group Limited.
Tags:
Annoh-Dompreh
JB Danquah
John Evans Atta-Mills