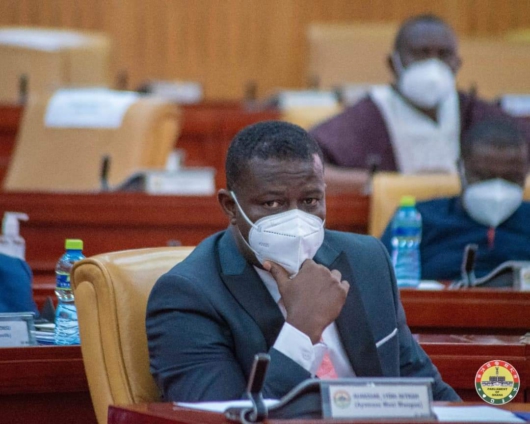 The Majority Chief-Whip has lambasted the Ghana Police Service over its tackling of the riot at Kumasi Islamic Senior High School on Monday, June 13.

The Nsawam Adoagyiri lawmaker thus wants the Police Administration to do more in training its personnel on crowd management.

“Just as we love and respect the Police to deal with such matters and particularly ensuring public orderliness, the Police should up their professional antics and tactics in the handling of such ‘infantile’ challenges…,” he said in a tweet on Monday, June 13.

These incidents are becoming too many. Just as we love and respect the Police to deal with such matters and particularly ensuring Public orderliness, the Police should up their professional antics &tactics in the handling of such ‘infantile’ challenges…

Meanwhile, the Police have admitted that its personnel could have handled the riot better.

According to the Service, a more calculated tactic could have led to a much more salient resolution to the chaos and not the development that was seen in the Ashanti Region on Monday.

On the back of this, some top police officers in the jurisdiction have been interdicted including the Deputy Regional Police Commander, DCOP Kwasi Akomeah-Apraku who has been removed.

What happened at Islamic Senior High School on Monday?

Some students of the Islamic Senior High School, Abrepo, Kumasi, took to the streets on Monday, and blocked sections of the road to demonstrate against frequent motor traffic accidents in front of their school.

In a bid to help open the road to normal traffic flow, police responded by firing warning shots and opening tear gas and pepper spray on the students.

Some students were injured following the disturbances and were rushed to the hospital for treatment.

Police clinical psychologists were subsequently deployed to visit the school to offer psychosocial support to the student body.