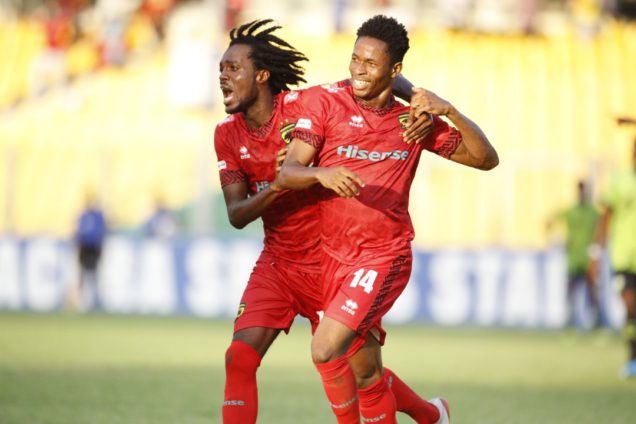 The striker’s praises have been sung since Saturday.

Isaac Oppong, who was brought in during the second half provided two assists and managed to get the ball behind the net.

His successful kick into the net placed Asante Kotoko in the lead position.

For fanatics of the GPL, the Kotoko striker who has been named “Sunyani Neymar” is pegged for greatness.

Isaac oppong’s goal was really great.. Hope to see many more of this at Babayara.. Great comeback https://t.co/RpN5bwfqp9

Only one did…Isaac Oppong came from the bench to set up the equaliser for kotoko, gave kotoko the lead and assisted the 3rd goal as well…give credit to where credit is due

Though Lamptey long range goal was spectacular but the technique from Isaac Oppong goal was excellent, not any ordinary player can score this goal