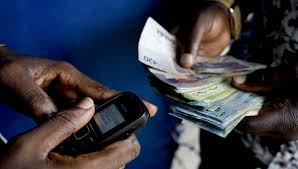 Some Ghanaians on social media have expressed their discontent over government’s decision to introduce the Electronic Transaction Levy or E-Levy.

While delivering the 2022 Budget in Parliament on Wednesday, Finance Minister, Ken Ofori-Atta indicated that government has decided to place a levy on all electronic transactions to widen the tax net and rope in the informal sector.

He further stated that the levy, which is supposed to take effect next year January after Parliament approves the budget will be used to support entrepreneurship, and ensure youth employment.

Despite these assurances and the fact that all transactions adding up to ¢100 or less per day (which is approximately ¢3000 per month) will be exempted, users say this levy seeks to counter the cashless economy government is trying to attain.

They say this initiative is targeted at exploiting the already disadvantaged Ghanaian since Vice President, Dr Mahamudu Bawumia in 2020 opposed the imposition of taxes on mobile money.

Speaking on Peace FM, the Vice President said: “I don’t think Mobile Money should be taxed because most of the people who use the service are poor people so if you put more taxes on it, they will suffer.”

The momo tax is a good initiative because the tax net has to be widened. However the E-Levy shouldn’t start off at the proposed rate. I believe a lower rate wouldn’t become much of a burden to Ghanaians.

With all this MOMO and bank taxes ehnnn, Nana Addo is making sure that NPP WILL NEVER COME INTO POWER AGAIN after his term cos eiiiii!!!!

When Zaccheus saw the MoMo tax in the #Budget2022…pic.twitter.com/d7dSoV8199

I look forward to opposition coming to tell us of how inhumane and insensitive the government is to introduce the MOMO tax; in fact that has been the wont. However they will fail to mention that the taxes as presented needs to be approved by them…#AMShow#JoySMS #JoyNews https://t.co/sd9bs5Wm2z

So this @NAkufoAddo Government is robbing Peter to pay Paul. You abolished tolls and you increased the fees on MoMo and other e-transactions. Tell us the difference.#NPPmustgo

Why do I have the feeling a lot of momo business will collapse..🤔

Ghana is in limbo. A dead end until the very end. MOMO ! This government will milk us dry at every chance hmmmm https://t.co/LAzn0r3Fxb

This ‘s a digital Killer move.
Last year, momo value figures were low. As momo see spike in value from the beginning of this year noor Dr. Bawumia mind change.
A lazy alternative to increasing government revenue since there is but little space for borrowing.

Mr Digital, don’t you think this decision of 1.75 % tax on momo transactions and others defeats the purpose of the cashless economy you’re working on…. @MBawumia

It would prevent people from using momo service because of another charge….#JoySMS

@joyfm, please post that audio you just played on the #JOYSMS where Bawumia said MOMO shouldn’t be taxed, i beg🤣

These throwbacks dey make I dey fear human being papa.But after enjoying all his bragging about the economy,am now convinced that you can lie and fool majority in Africa to achieve political power.#JoySMS https://t.co/J36j4Opzan

I’m feeling very disappointed, this old man came as a sheep🐑, now governing the country as a wolf🐺, we’ve really come to realized our mistakes#JoySMS https://t.co/2LQ1ZQgW1c