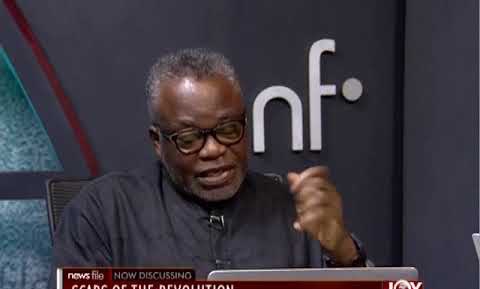 Security analyst Col. Festus Aboagye (Rtd.) has called for a revision of the physical requirements for entry into the various national security agencies.

He said reports that Ghana Immigration Service (GIS) has disqualified some applicants because of alterations on their bodies are a non-starter.

“We need to have a scientific approach to it. It’s not a matter of sitting around the table and saying that the Fire Service, Immigration, or Armed Forces can recruit this group of people.

“We need to scientifically look at the question, bring in medical experts and bring in the soldiers, who are experts,” he suggested on the AM Show on Thursday.

There are reports that some applicants into the security services have been disqualified because they have stretchmarks, tattoos, and in some instances, piercings.

Over the years, the above and more are some of the basis for failing some applicants.

This year’s situation has sparked public debate as many people believe such requirements are discriminatory.

Adding his voice to the discussion, Col. Festus Aboagye (Rtd.) said some of the physical requirements have no scientific basis.

For instance, the GIS has set the minimum height of 1.73metres (5ft 8inch) for males and 1.63 meters (5ft 4inch) for females in its general recruitment requirements.

This height limitation, which has become a difficult hurdle for prospective applicants, has also been greeted with dissatisfaction among some sections of the populace.

According to him, it is necessary for there to be height limitations as it influences tactical preparations.

He indicated that future alterations in the height requirements for prospective personnel should be based on science.

“When we used to go for road marches, those of us who were a bit tall, especially those who were very tall, we were spending a lot of energy because the shorter people were not going as fast as they do. In the Immigration Service, you could have those kinds of tactical situations if you are deploying to border areas.

“Height still matters, but the question is how low do you go? The answer must come from scientific assessment and scientific estimates, and operational and institutional appraisal,” Col. Festus Aboagye (Rtd.) intimated.

Although Col. Festus Aboagye (Rtd.) agrees that persons with tattoos and excessive scars should be prevented from being enlisted, he questioned the basis for rejecting applicants with piercings.

“I won’t endorse tattoos. It makes you stand out as somebody who doesn’t conform. It should be equated to scaring. But I have serious issues about why any man or woman who has pierced ears should not be enlisted into some of these services,” he said.

DISCLAIMER: The Views, Comments, Opinions, Contributions and Statements made by Readers and Contributors on this platform do not necessarily represent the views or policy of Multimedia Group Limited.
Tags:
AM Show
Ghana Immigration Service
Security agencies