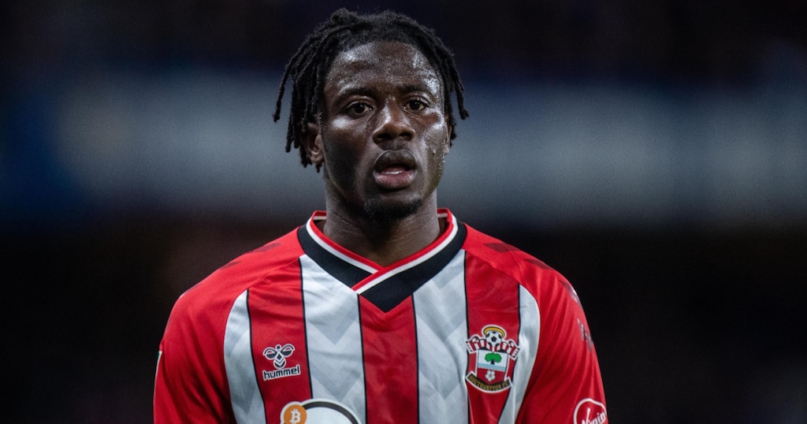 Southampton center back Mohammed Salisu has made himself available for future Black Stars call-ups after several talks with key officials of the Ghana Football Association (GFA), JoySports can exclusively confirm.

The 23-year-old has been on the radar of the GFA for more than two years in a bid to lure him to play for Ghana.

Salisu was recently visited in the UK by GFA president Kurt Okraku and it is believed the defender gave him his word that he will be available for the Black Stars ahead of the World Cup.

In 2019, Salisu was invited for the Africa Cup of Nations but declined due to an injury he picked up with Real Valladolid.

Subsequently, the defender kept rejecting invitations citing lack of readiness as his reason. A stance later confirmed by former Black Stars coach Akonnor during a press briefing. The coach after Joy Sports asked about Salisu stated: “With Mohammed Salisu, you need check. The other day he said when he is ready, he will let us know. I don’t know, maybe. He said when he is ready, and up till now, I don’t know if he is ready or not. So I won’t be able to answer that.”

Sources close to Salisu told Joy Sports the player wanted to be fully fit and integrated into the Saints team and also wanted to become one of the best defenders in the world before he would consider playing for the Black Stars. A thought which is understandable considering how the center back’s development was fast-tracked.

Just five years ago, Salisu was playing for African Talent Football Academy and got the opportunity to join Valladolid’s B team seven months later. In nine months, the Ghanaian was promoted to the first team and started 30 games. He was rewarded with a dream move to Southampton the following season after the Saints paid his £10.9 million release clause.

Southampton coach Ralph Hassenhuttl referred to Salisu as a future prospect who had what it takes to shine in the Premier League with Southampton.

”Mohammed is a player who fits our profile well. He is young and has a great amount of potential, but he is also someone who has the qualities to come in and help the team as soon as he is up to speed with our way of playing.”

Salisu had to wait for six months to make his Southampton debut with Hassenhuttl stating the player “had a long way to go before being match fit.”

The center back has since not looked back and had an impressive debut full season (2021/22) with the club featuring in 37 games and scoring his first goal.

In the Premier League last season, Salisu ranked 3rd for the most tackles (196). He also ranked 5th for most tackles won (60) and 4th for interceptions (93).

No doubt Ghana qualifying for the 2022 World Cup played a role in Salisu’s decision. After securing qualification, the technical body piled pressure on the GFA to help assemble Ghana’s best talent worldwide.

It’s for that reason there have been several reports on nationality switches for players such as Callum Hudson-Odoi, Inaki and Nico Williams, Tariq Lamptey, Eddie Nketiah amongst others.

The technical team views Salisu as a unique breed the team currently lacks. The 6’3 tall defender possesses physicality, and aerial dominance and is also very comfortable playing the ball from the back – a pattern that has been established in the early days of the Otto Addo era.

In the second half against Nigeria in Abuja, Addo switched to a back three which saw Gideon Mensah – a left back – play as a center back on the left side. The Dortmund trainer repeated the same tactic against Madagascar in a World Cup qualifier, this time, playing Mensah as a left center back in a back four.

Mensah in an exclusive interview with Joy Sports revealed he was played as a left center back to help keep the balance of the team in the build-up phase. It is evident the technical team are after a left-sided center back and Salisu has been profiled as their man.

Sources close to the player have told Joy Sports that his meetings with Okraku played a key role in expediting his decision to play for Ghana.

The GFA president visited Salisu in England at the tail end of the 2021/22 English Premier League before meeting the former Real Valladolid defender last month in Ghana.

It is understood that the 23-year-old defender is now fully convinced with the Black Stars project and has the trust of Okraku.

The player’s family also clarifies that no FA official or technical team member has ever asked for money from Salisu in exchange for a Black Stars call-up.