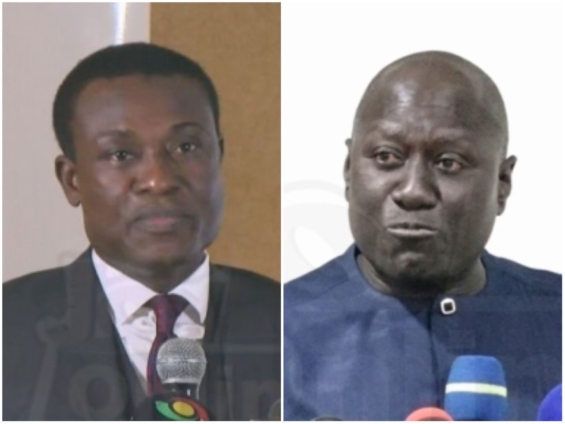 The Office of the Special Prosecutor (OSP) is about to launch a full-blown investigation into all rulings and benchmark values applied by the Customs Division of the Ghana Revenue Authority (GRA) dating back to 2017.

Special Prosecutor, Kissi Agyebeng, has directed the Commissioner of Customs, Col Kwadwo Damoah (Rtd), to submit all documents pertaining to transactions between July 2017 and December 2021.

This comes after developments that followed the OSP’s findings of alleged corrupt activities involving Labianca Group of Companies and the Customs Division.

The said report concluded that the owner of the company, Eunice Jacqueline Buah Asomah-Hinneh, had taken advantage of her position as a Board member of the Ghana Ports and Habours Authority (GPHA) at the time to get favours.

But the Commissioner of Customs took exception to this position and has accused Mr Agyebeng of attempting to tarnish his image.

He further dared the Office to follow up on his intent to extend the investigation back to 2017.

Days after the resistance, the Special Prosecutor appears to have taken him up on that and is taking the probe a step further.

A statement from the OSP indicates that “on 11 August 2022, I directed the Commissioner of the Customs Division to submit to the Office of the Special Prosecutor, on or before 30 September 2022.”

The OSP has also directed the GRA to submit an Integrity Plan designed with the aim of preventing the corruption of the exercise of discretion by officials of the Customs Division.

On Sunday, the GRA distanced itself from the comments made by the Commissioner of Customs concerning the OSP’s findings.

But the Commissioner General of GRA, Rev Ammishaddai Owusu-Amoah does not want any of Col. Damoah’s comments associated with the outfit’s official position.

“The Authority would like to state for the record that it accords the Office of the Special Prosecutor (OSP) the respect and the dignity that the OSP carries,” he said in a press release on Sunday night.

Per his assessment, the comments by the Commissioner of Customs “were made in his personal capacity and do not convey the opinion of the Board and Management of GRA.”

The statement further pledged to GRA’s readiness to assess the OSP’s report and develop measures to seal loopholes that are found to be impeding revenue mobilisation at the ports.

DISCLAIMER: The Views, Comments, Opinions, Contributions and Statements made by Readers and Contributors on this platform do not necessarily represent the views or policy of Multimedia Group Limited.
Tags:
Customs Division
Ghana Revenue Authority
Special prosecutor