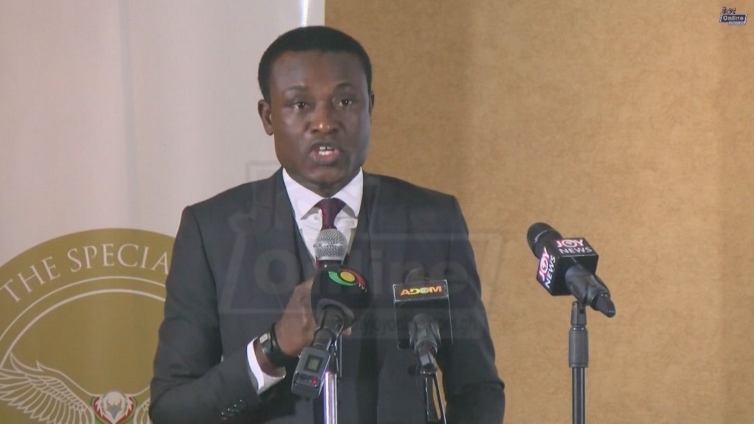 Office of the Special Prosecutor (OSP) has revealed that it is still investigating the alleged bribery of some Ghanaians by International Aerospace Company, Airbus SE in the purchase of aircraft for Ghana.

The Airbus scandal is one of many cases former Special Prosecutor Martin Amidu started investigating.

Former President, John Dramani Mahama and his brother, Samuel Mahama were identified by Mr Amidu as subjects of this inquiry.

Also, the current Special Prosecutor Kissi Agyebeng says he is seeking the assistance of Interpol on this matter.

According to reports, the OSP is engaging central authorities in the United Kingdom and the United States under a united mutual legal assistance regime as it continues its probe.

Again, the case against Abuakwa South MP Samuel Atta Akyea who was accused of financial malfeasance will no longer be under investigation.

This is because reports the complainant in the case is said to have admitted that he filed a complaint without any basis adding that “he was paid to fabricate the content of the complaint.”

Currently, the complainant and the accomplice are said to be under investigation for filing a complaint with the singular aim of tarnishing the reputation of the Abuakwa South MP.

In the meantime, other cases on the Special Prosecutor’s docket include the Northern Development Authority case into suspected corruption and corruption-related offenses, which began on June 30, 2022, with regard to a contract awarded by NDA to A&Qs Consortium Limited in the alleged forgery of signature, is also underway.

The Special Prosecutor has directed the Controller Accountant General to immediately freeze payment arising from the contract as he continues with investigations.

Reports indicate that the new measures OSP has ruled out are employing the services of investigative journalists to help uncover corruption.

DISCLAIMER: The Views, Comments, Opinions, Contributions and Statements made by Readers and Contributors on this platform do not necessarily represent the views or policy of Multimedia Group Limited.
Tags:
Airbus bribery scandal
Kissi Agyabeng
Office of the Special Prosecutor