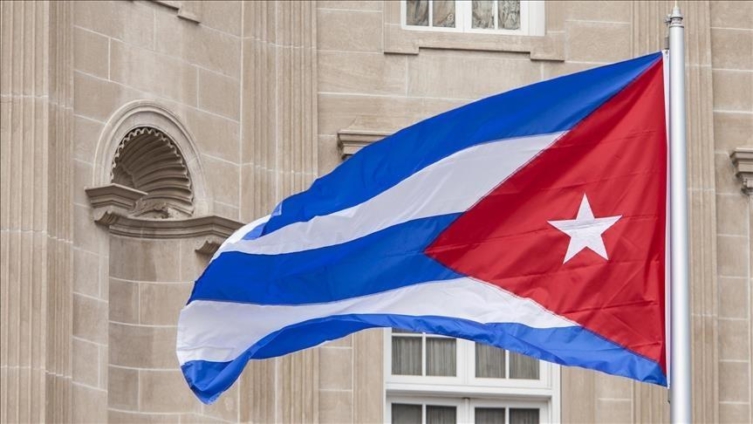 Cuba, a country comprising the island of Cuba, as well as Isla de la Juventud and several minor archipelagos established diplomatic relations with Ghana in 1959, two years after Ghana attained her independence from Great Britain. The two countries have enjoyed great friendship over the last six decades with several high level engagements.

I arrived at the embassy a few minutes to the agreed meeting time to enable me to go through security processes smoothly. The security personnel on duty ushered me into the reception of the Embassy where I met a cheerful young lady waiting to receive me. She walked me into the meeting room and offered me water before alerting Her Excellency of my arrival.

In a few minutes, Ambassador Chao García joined me in the meeting room where we exchanged pleasantries and took our seats. We began our conversation, which sought to place a spotlight on the current state of the bilateral relations between the two countries and the direction of the Embassy under her leadership.

Ambassador Chao García described herself as a proud mixed Cuban woman educated by the Cuban Revolution, worked her way to become a lawyer, and proceeded to study a Master’s Degree in International Relations at the Foreign Affairs Academy. Recounting her early years in life, she expressed her gratitude to the Cuban Revolution for bringing the country together and providing several opportunities for Cubans, particularly in education, culture and health, as well as heralding an era of Cuban internationalism.

Commenting on the state of Ghana – Cuba relations, Ambassador Chao García described the two countries as very close friends. She buttressed her point with Cuba’s former President, Fidel Castro Ruz’s prediction of Nana Addo Dankwa Akufo-Addo becoming the President of Ghana in 2006 when he visited Cuba then as Ghana’s Minister for Foreign Affairs.

“As Ghana’s Minister for Foreign Affairs, the President had the honour of meeting Fidel Castro in April 2006, in Havana and in the meeting Fidel predicted that he would one day become the president of his country. These are things only close friends can do, trust and believe in you and say such great things about you and want to see you doing great things”, she added.

She also expressed that the Cuban Solidarity Campaign is a great example of a good family because they work against the Blockade imposed by the US on Cuba and help the Cuban people in different ways. She explained they collect medicines to send to Cuba during the explosion at Hotel Saratoga a few months ago. She disclosed that Ghana was the first African country that help Cuba in that difficult situation.

Ambassador Chao García reiterated the call by President Nana Addo Dankwa Akufo-Addo, in April 2019 during his official visit to Cuba for a new and strong partnership for co-operation between Ghana and Cuba for the mutual benefit of the people of the two countries.

In the area of health, Ambassador Chao García highlighted the dedication of the Cuban Medical Brigade to Ghana over the years with the medical services provided by Cuban doctors to Ghanaians in various parts of the country. Every month, the current Brigade in addition to their work, run a free screenings under the Project “#CubaEnGhana for health”. She indicated that Cuban and Ghanaian governments are working on bringing more doctors to join the Cuban Medical Brigade.

“In the health sector, we are expanding our cooperation to the eradication of malaria. In addition, we are working on bringing Cuban medicines to Ghana, they are best for treating Hepatitis B, Diabetes, Cancer and several others”, she further stated.

In the area of education, Ghanaian students have benefited from scholarships to study in Cuba over the years. She indicated that, “Right now in Cuba we have around 300 Ghanaian students at the School Medicine and, as you know, for many years Cuba gave to Ghana the opportunity of scholarships, that’s why we have close to three thousand Ghanaians benefitting from this arrangement in previous years. I am glad to state that, we are working on new arrangements to structure this for more Ghanaian”.

Tourism in Cuba is an industry that generated over 4.7 million arrivals in 2018 and currently is one of the main sources of revenue for the island. With its favourable climate, beaches, colonial architecture and distinct cultural history, Cuba has long been an attractive destination for tourists. The ambassador mentioned tourism as another area for potential collaboration between Ghana and Cuba.

“We can do a lot more in tourism going forward knowing how the sector has developed in Cuba. In addition, when we look at culture, there are many possibilities for the two countries to work together. The heritage sites in Cuba, we have done a lot in that space and it can be replicated in Ghana with the amazing castles and other important monuments in Ghana. In Cuba, we have periodic book fairs in castles, which also serve as museums. People visit these sites to learn the history and culture and buy the books”, she elaborated.

The Cuban Ambassador further explained that the greatest obstacle to the development of Cuba is the imposition of the economic, commercial and financial blockade that for more than sixty years, successive US governments have imposed on the Cuban government and people that also affects third countries. She is convinced that if the US Blockade ends, Cuba can provide more solidarity to friend countries.

In wrapping up our conversation, Ambassador Chao García expressed her conviction that the future of Ghana – Cuba relations looks brighter with many potentials.

DISCLAIMER: The Views, Comments, Opinions, Contributions and Statements made by Readers and Contributors on this platform do not necessarily represent the views or policy of Multimedia Group Limited.
Tags:
Ambassador Chao García
Cuba
Ghana