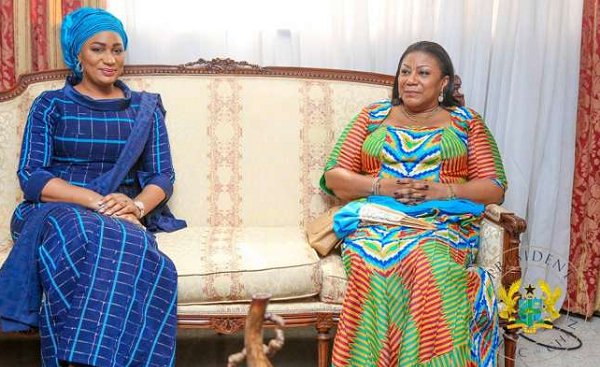 A member of the New Patriotic Party (NPP) says considering the tasks undertaken by the spouses of the President and Vice President in support of government, they deserve some form of benefits from the State.

He said through the Movement, Nana Konadu Agyeman Rawlings, was able to support her husband former President Jerry John Rawlings’ regime in critical areas of the economy.

“Through the 31st December Women’s Movement, hundreds of women were empowered economically and socially through acquiring skilful employment and entrepreneurship. She established hundreds of pre-schools through which underprivileged women enrolled their wards,” he said.

He added, “the Mother and Baby Unit of the Komfo Anokye Teaching Hospital (KATH), the 41-bed Paediatric Intensive Care Unit at the Korle-Bu Teaching Hospital to provide quality and adequate health care to children, both benefits of the Rebecca Foundation.”

He said similarly, contributions had been made from others such as the Lordina Foundation and the Samira Empowerment and Humanitarian Projects etc.

The NPP member noted that the individual First and Second Ladies over the years have significantly contributed to the governance and sociology-economic development of Ghana without any official budget allocations from the Government.

He said through their respective foundations which rely on donations and sponsorship from the private sector, and sometimes with the support from international partners, they are serving the nation.

He, however, said that the discussion around the subject, whether or not the spouses deserve salaries was very healthy for our evolving multi-party democracy.

“I think that government should continue to encourage discussions on the payment of salaries for the spouses. Government should further engage Ghanaians, political parties, CSOs and critical stakeholders on the way forward, government should also have to find out globally if that is the standard and best practices to pay salaries to First and Second Ladies.

“In my candid opinion, First and Second Ladies deserve benefits not necessarily called salary. If Ghanaians are not comfortable with the word ‘salary’ the government should amend it to a word acceptable to Ghanaians for national cohesion”.

He said: “I think that the government should present an official Bill (1st & 2nd Ladies Salaries Bill) to Parliament for deliberations, consensus building and subsequent approval, through the Bill, we would be able to fine-tune the proposal and get the necessary backing from Ghanaians.

“We will be able to also outline in detail the job description, roles and responsibilities of spouses under the 4th Republican Constitution. They deserve to be taken care of by the State, especially the widows.”

DISCLAIMER: The Views, Comments, Opinions, Contributions and Statements made by Readers and Contributors on this platform do not necessarily represent the views or policy of Multimedia Group Limited.
Tags:
Rebecca Naa Okaikor Akufo-Addo
Samira Bawumia
Spousal salaries