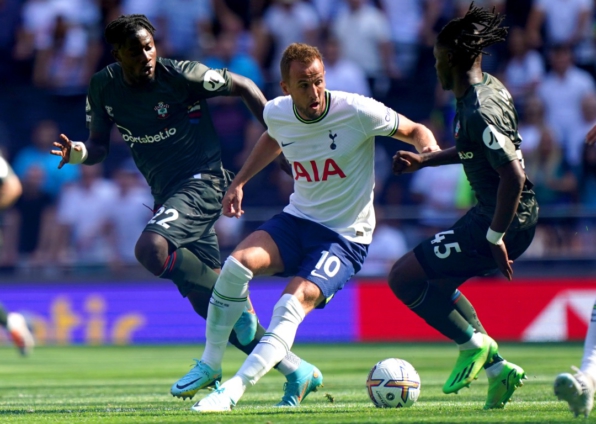 Tottenham manager Antonio Conte has suggested he will only select players who were not involved in the World Cup for his side’s Boxing Day match at Brentford.

The Premier League resumes on Monday, just eight days after the World Cup final in Qatar.

Conte has already said his players who were involved in the final – France’s Hugo Lloris and Argentina’s Cristian Romero – will not face the Bees.

“I am not really happy,” Conte said.

“In one hand, you are happy because for my club, Tottenham, to have 12 players at the World Cup it means that we are in the right way to try to be competitive and to try to win something.

“But it is normal that when you have so many players play a tournament like this, especially during the season, that now it is not easy because the physical condition is not at the top.

“It is impossible to give them a lot of rest and for sure with the players that didn’t play the World Cup and we work for four weeks, now they are in a great physical condition.

“We worked a lot on the tactical aspect and physical aspect. Now they are at a level that is better than the players who finished the World Cup.

“For this reason I think I have to make the best decision for the game against Brentford. On one side I have players who I worked with for four weeks really well and on the other side, I have players who worked at the World Cup and are not at the top at the moment.”

Rodrigo Bentancur will miss Monday’s lunchtime kick-off due to suspension but has also been nursing a minor hamstring issue.

The same injury will sideline Richarlison for a month – he picked it up playing for Brazil in Qatar – and Lucas Moura’s problem with his tendon continues.

Conte said of Moura: “He is struggling a lot to find a solution.

“It’s a difficult situation because I have a good player in my squad, but he’s never available. It’s like you don’t have him.

“It’s a pity because we are talking about a good player, a good guy, but he is struggling a lot to solve this problem. I don’t know what in the future happens about him.”

DISCLAIMER: The Views, Comments, Opinions, Contributions and Statements made by Readers and Contributors on this platform do not necessarily represent the views or policy of Multimedia Group Limited.
Tags:
Antonio Conte
Brentford
Harry Kane
Tottenhem Hotspurs