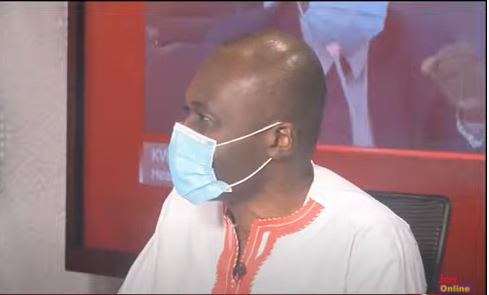 Private Legal Practitioner, Martin Kpebu, says answers provided by Health Minister, Kwaku Agyeman-Manu, on the procurement of some Sputnik V vaccines and the subsequent termination of a contract between the government and Sheikh Ahmed Dalmook Al Maktoum are not convincing enough.

Speaking on Newsfile on Saturday July 24, 2021, Mr Kpebu said the Minister’s claim that he was not thinking properly before going into the agreement with the Sheikh because of Ghana’s Covid-19 situation appears to be an afterthought.

Mr Kpebu’s comment forms part of discussions on responses given by the Minister during a probe into the procurement of the vaccines.

Speaking to host, Samson Lardy Anyenini, he said the Minister had early made a mistake which was rectified by the Presidency, and that should have served as a lesson.

“So far the answers are not convincing, to say the least. This is not the first mistake. Remember the Health Minister had signed an earlier (agreement) for $25 and the Presidency stepped in and canceled it. So that should have put him on notice, that he was on slippery grounds. So he coming back and saying that he was not thinking straight and the rest, appears as an afterthought.”

Mr Kpebu said he expected the Minister to resign from post when news about his procurement of vaccines through middlemen broke, but that did not happen.

“A month ago, when this thing first broke, I thought the least the Minister could have done was just to have stepped aside; to have just resigned. The position is not his private property. There are many other persons,” he added.

Again, the lawyer holds the view that Mr Agyeman-Manu should have engaged more suppliers since some were willing to offer the vaccines at a cheaper cost.

“In these matters, he should have engaged many other suppliers because some of the suppliers were willing to offer the vaccines at a $12.5 cost.

“Some of these suppliers also claimed to have direct agreements with the manufacturers, and yet the Ministry is not meeting these people.

“I think the least this man can do for us is to just go away. He should just walk away from this job because every day he stays on, it is as if we are bereft of talent for that position. He cannot continue to take the nation for a ride,” he added.

DISCLAIMER: The Views, Comments, Opinions, Contributions and Statements made by Readers and Contributors on this platform do not necessarily represent the views or policy of Multimedia Group Limited.
Tags:
Kwaku Agyeman-Manu
Martin Kpebu
Newsfile
Sputnik V vaccine